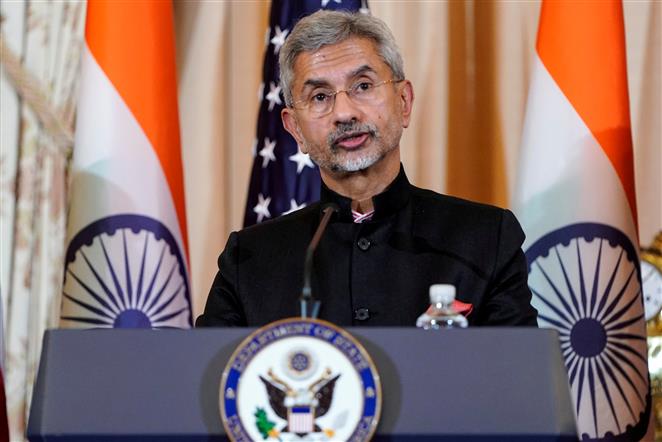 External Affairs Minister S Jaishankar asserted in Parliament on Wednesday that India would not tolerate China’s attempts to unilaterally change the Line of Actual Control (LAC).

He warned that if China continued to build forces in the border area, it would have serious impact and concerns on the relationship of both countries.

“Diplomatically, we have been clear with the Chinese that we won’t tolerate attempts to unilaterally change the LAC. If China continues to build up forces, which in our minds constitute serious concerns in border areas, our relationship won’t be normal; abnormality is evident in the past few years,” he said while replying to clarifications in the Rajya Sabha to his statement on “Latest Developments in India’s Foreign Policy”.

Responding to a volley of questions on the Ukraine situation, he said the consequences of G7’s price cap on Russian oil were still unclear, but India had concerns about the impact it would have on the stability and affordability of energy markets.

“India was justified in not taking sides in the conflict because the government’s priority has been to provide fuel, food and fertilisers to the people. My priority is that the Indian public does not pay the price for someone else’s war,” the External Affairs Minister said.

About the Western pressure on oil purchases, he pointed out that he had publicly addressed the matter. “We do not ask our companies to buy Russian oil. We ask them to buy oil and it depends on what the market has to offer. It is sensible to go where we get the best deal for the Indian people,” he said.

Questioned about India’s abstention in the United Nations Human Rights Council on a resolution to investigate Sri Lanka for war crimes (in Tamil areas), the minister said this had been India’s long-standing position and the most constructive way of advancing the interest of the Tamils.

Jaishankar refuted suggestions that India had diluted its position on Palestine.

A Bill which seeks to formulate a law to deal with piracy in the international waters was taken up by Lok Sabha on Wednesday. The purpose of the Anti Maritime Piracy Bill is to enact a domestic anti-maritime piracy legislation in line with the United Nations Convention on the Law of the Sea.