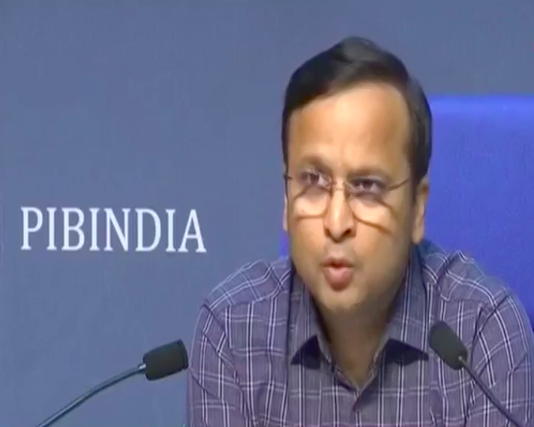 Addressing a press conference, Luv Aggarwal, Joint Secretary of Health Ministry, said that as of now, 3.34 lakh PPEs are available in various hospitals across the country, adding “About 60,000 PPE kits already procured and supplied by the government.” Notably, the Indian Red Cross Society has arranged 10,000 PPEs from China are being distributed.

It has been clearly stated by the Ministry of Health that if even one per cent of people in the country did not follow the lockdown, then the 99 per cent effort will go in vain.

Aggarwal said that there are 92 new cases of COVID-19 and four deaths have been reported in the last 24 hours, taking total cases to 1071 while the number of deaths reached 29 in India.

“He, however, added that the statistics after the lockdown indicate that we are in the right direction. It took 12 days from the 100th to the 1000th case to come up, whereas in the developed countries the figures increased rapidly. We have got positive results to some extent.

According to him, the ministry of development of Northeastern Region has also given its nod to run exclusive cargo flights to supply medical equipment and emergency goods in that part of the country.

On a viral video showing disinfectant being sprayed on migrant workers, Aggarwal said that Bareilly District Magistrate has clarified that some employees took an overzealous step due to ignorance, adding “Required action has been taken against those employees.”

Meanwhile, R Gangakhedkar, Indian Council of Medical Research (ICMR) said that 38,442 tests have been conducted till now out of which 3,501 were done on Sunday, adding “it means we are still at less than 30 per cent of our testing capacity. In the last 3 days, 1,334 tests have been done in private labs.”

From the Ministry of Home Affairs, PS Srivastava said that Home Secretary on Sunday directed states/UTs to direct District Magistrates and Superintendents of Police to ensure food and shelter for stranded workers besides full wages by employers.

“They were also directed to ensure that landlords don’t ask for rent from labourers,” Srivastava added.