Muktsar, November 13: Complying with the orders of a Mohali court, the state Vigilance Bureau on Tuesday started the process to declare SAD leader Dyal Singh Kolianwali a proclaimed offender (PO). He was booked on July 1 for allegedly amassing assets disproportionate to his known sources of income. 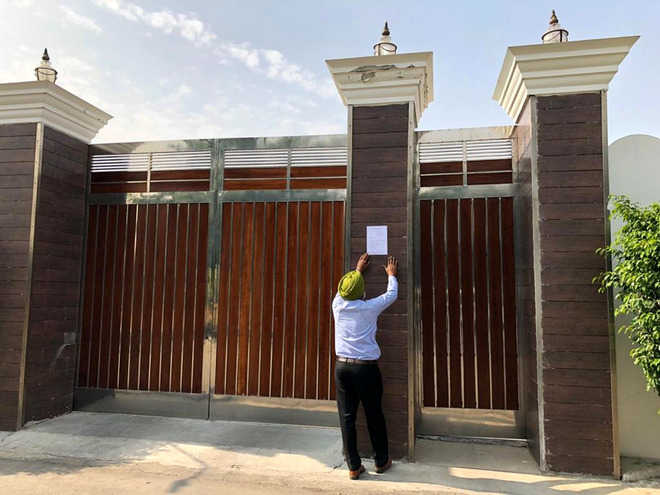 A VB team on Tuesday visited his residence at Kolianwali village near Malout and pasted a notice, giving him a chance to appear in the court on the next date of hearing.

Kolianwali, a former member of Punjab Subordinate Services Selection Board and former chairman of Punjab Agro Foodgrains Corporation, has been absconding since July.

Speaking over the phone, Ashok Bath, SSP, VB, Bathinda, said: “We have started the process to declare him a PO. Some officials of various departments from Chandigarh also went to his house to asses the value of his properties, but the house was locked. We had asked his nephew to come, but he didn’t. We will now approach the court.”

As per the FIR, Kolianwali’s expenditure was 71 per cent higher than his income during 2009-14. He has shown a total income of Rs 2.39 crore, while he spent Rs 4.1 crore on movable and immovable properties, states the FIR. Kolianwali’s family has, however, dubbed it as a case of political vendetta.