Virbhadra has his way, Vikramaditya to contest from Shimla Rural

Chandigarh, October 22: Once again the Himachal Pradesh Chief Minister Virbhadra Singh has proved his dominance in Congress by managing a ticket for his son Vikramaditya from Shimla (Rural) assembly segment.

The decision is significant as the Congress High command has changed its set norms of one-family, one-ticket to accommodate the CM’s son. After CM, the State Health Minister Kaul Singh Thakur’s daughter Champa Thakur was also given party ticket from Mandi assembly segment, while veteran Congress leaders, Vidya Stokes (89), was completely ignored by the party.

Sources in the Congress reveal that the high command took decision as per agreement with CM Virbhadra Singh who has already been declared CM face, head of campaign committee by Rahul Gandhi and waived off one family one ticket norm. The rule was quite strictly followed in the successfully concluded elections in Punjab. 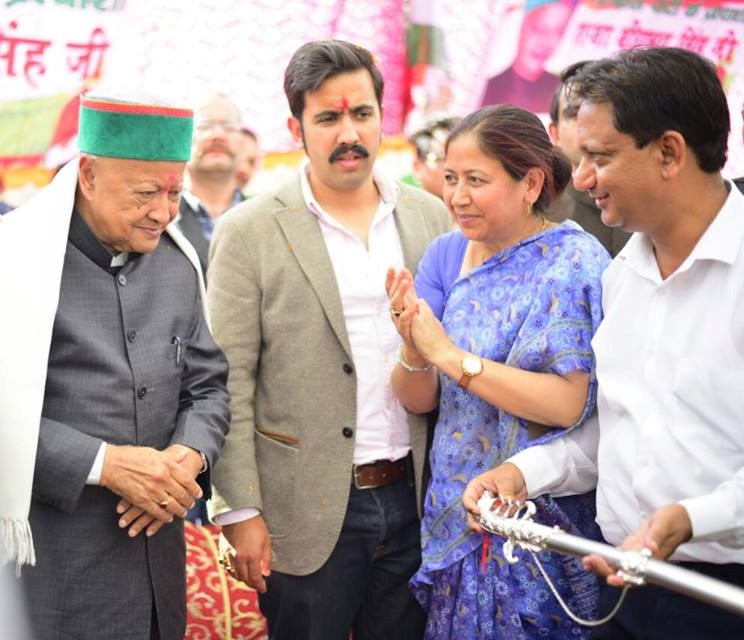 Recently after finding Sukhwinder Singh Sukhi and some senior Congress leaders challenging his authority, Virbhadra Singh set three major terms before the party high command include he will be declare CM face, made campaign head and his son will get ticket from Shimla (Rural). The CM has made it clear to the high command that neither he will contest elections nor campaign under Sukhu, sources added. 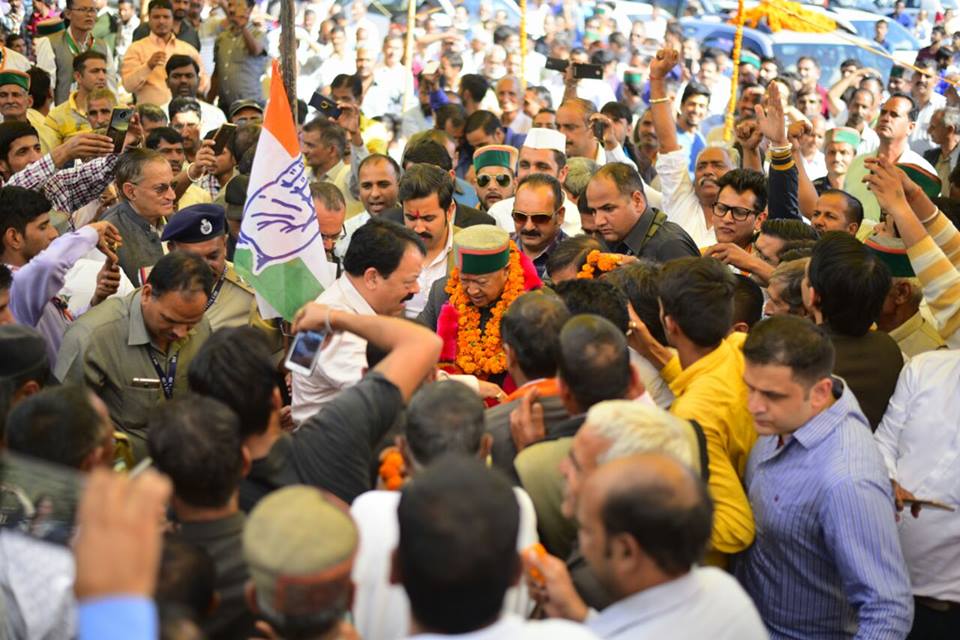 Keeping in view the prevailing political conditions, Congress high command has conceded to Virbhadra’s demands. After Congress historical victory in Gurdaspur, Congress is hopeful about Himachal and banking on Virbhadra’s stronghold in the state, the sources added. Even before the last assembly elections, the CM Virbhadra had proved his strength before the high command when it was planning to change the leadership. The high command of the view that Virbhadra was the only stalwart leader in Congress who can lead the party in the state, sources added.

The CM’s supremacy in the state Congress also surfaced with ticket to his son as one family one ticket norms was strictly followed in the Congress in Punjab assembly elections held this year. Punjab Chief Minister Capt Amarinder Singh was the only member of his family who had contested the elections.

In another major decision, the Congress has allotted Theog Assembly ticket to Deepak Rathore. This decision has irked the Vidya Stokes who was recommended name of Vijaypal Khachi. As per last report, she was admitted in hospital and also expressed her anguish with party high command. The two- Vikramaditya Singh and Champa Thakur – names were cleared in the last list issued by Incharge of Congress Central Elections Committee (CEC), Oscar Fernandes. Although, Vikramaditya, has announced in advance that he will file nomination papers on October 23 while Champa Thakur has already filed her nomination papers.

Congress had made one change in the previous list of candidates, Congress has allotted ticket to Paras Ram in place of Bansi Lal from reserved segment Anni. Other candidates whose names were released include Surender Singh Thakur from Kullu, H.C Sharma from Manali, Ashish Sharma from Palampur, Vivek Sharma from Kutlehar, Lakhwinder Rana from Nalagarh, Kewal Singh Pathania from Shahpur.  The Congress had announced its first list of 59 candidates on October 18.

Except for headline, the story has been sourced from www.thenewsfreedom.com