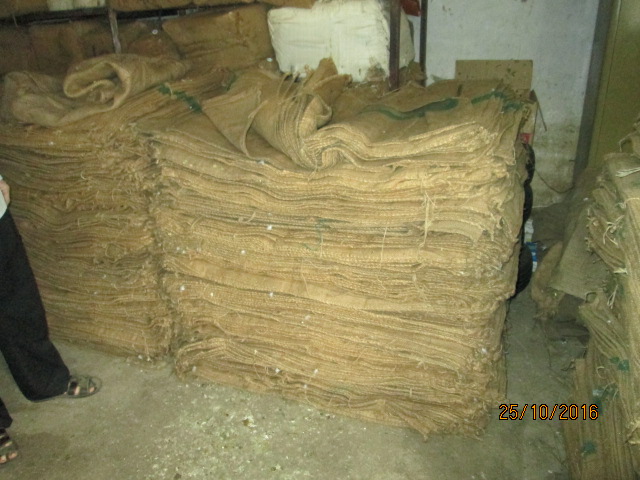 Disclosing this, a spokesperson of Vigilance Bureau said a corruption case has been registered against both the Inspectors besides Vinod Kumar owner of Jagdambey Rice Mill Khasa, Amritsar and officials/employees of Market Committee, Amritsar for misuse of bardana (gunny bags).

Giving details he said, Vigilance Bureau Range Amritsar DSP Harpreet Singh have got tip off that Taranjeet Singh and Vikas Sharma were diverting these Gunny bags to a private mill named as Jagdambey Rice Mill which was to be shipped to Bhagatawala Grain Market. This paddy was being bought at a cheaper rate and sold to Government at higher rates.

In another case, ASI Rajinder Kumar was caught red handed on the complaint of Inderjit Rai of Village Jangla, Pathankot district. In this case another ASI Kuldeep Singh, now undergoing training at Punjab Police Academy, Phillaur, is yet to be arrested.

Giving details of this case, he said the complainant has approached the VB and alleged that the above named ASIs were demanding bribe of Rs. 50,000 to exclude his innocent son Sawtanter Rai from a police case.

After verifying his complaint a team from VB Amritsar range laid a trap and the accused was caught red handed. The tainted money was recovered from him in the presence of two official witnesses. He informed that a case under Prevention of Corruption Act has been registered against both the accused at VB police station Amritsar and further investigation was under progress.