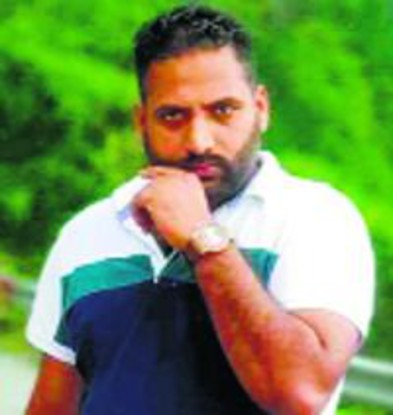 Chandigarh, December 24: The recent incident of Punjab gangster Harjot Singh Cheema, alias Harry Cheema, openly roaming in the city and raping a 26-year-old girl at a hotel is a grim reminder of criminals taking shelter in the city. It seems the City Beautiful has turned into a safe haven for gangsters wanted by the police of different states.

Cheema, who had at least 14 cases registered against him, was attending parties at night clubs and staying in the city. He was accused of raping a girl at Hotel Lemon Tree in Industrial Area, Phase I, on December 16. Cheema had jumped from the room of the hotel to evade his arrest and sustained serious injuries. He was admitted to the GMCH-32 where he died on December 20.

His is not the sole case of a gangster enjoying the night life of Chandigarh.

A proclaimed offender (PO), Baljit Chaudhary, a former PUSU leader, was accused of raping a model at Sector 63 in November. It came to light that he too used to visit night clubs and roam around in the city. He was declared PO in two cases registered against him in Chandigarh. Still, the police failed to nab him.

However, what has turned out to be the most embarrassing moment for the UT police was the startling revelation that dreaded gangster Dilpreet Singh, who was arrested in July this year, was putting up at a flat of a housing board colony in a densely populated Sector 38-C since November 2017.

Dilpreet, who has several cases registered against him, is accused of murdering a sarpanch in broad daylight in Sector 38 West in April 2017. He is also accused of opening fire at Punjabi singer Parmish Verma.

The three recent incidents involving people with criminal background have exposed the failure of the UT police, especially the intelligence wing which failed to gather information about the presence of criminals in the city.

The 26-year-old woman, who was allegedly raped by gangster Harjot Singh Cheema, has expressed an apprehension that she has threat to her life as the accused, who later died after jumping off the hotel building, was a gangster.

The victim, in a press conference held on Sunday, stated that she was not aware that the Cheema, who had introduced him as Rajvir, was a gangster and belonged to Sultanpur Lodhi, Punjab.

She had met him at a club in Elante mall on December 14, two years after she first met him in Jalandhar.

At Elante, Cheema had introduced her to his brother Lally Cheema, a proclaimed offender, and another person identified as Guru.

The victim claimed that she was not aware that the accused was a gangster and now, she feared that his brother and friends would eliminate her to take revenge.

“The Chandigarh Police have failed to assure me of safety,” she added.