New York, April 9: Thousands of turbans were on the heads of people from different races, religions and nationalities in the city’s Times Square as Sikhs launched the annual series of Turban Day events to promote understanding of their faith and dispel stereotypes about the piece of attire. 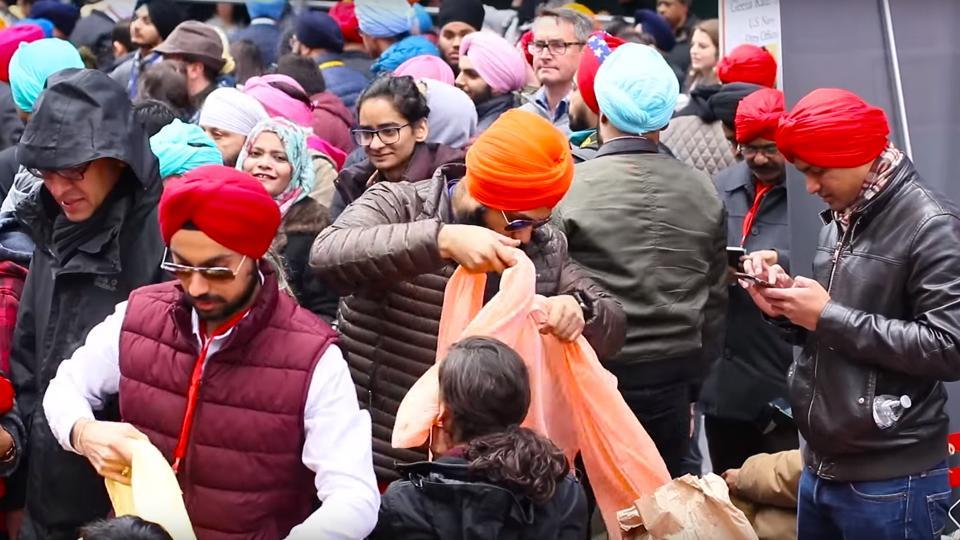 On Saturday, volunteers from Sikhs of New York organisation tied turbans on the heads of visitors while explaining its significance for Sikhs and telling them about their religion, which is probably the most misunderstood faith in the US.

“The reason we are having this event is to spread awareness that people with turban on their heads are Sikhs,” said Gagandeep Singh, one of the event’s organisers from Sikhs of New York.

“We explain why Sikhs tie turbans, what a turban stands for. It gives you a responsibility. If a person needs help, a person with a turban is supposed to help them,” he said, adding that this was the sixth edition of the event and the people’s response has been amazing.

Turban Day events were being held as civil rights organisation, the Sikh Coalition, reports a spike in hate crimes against members of the faith.

It said last month that Sikhs “are experiencing an average of one hate crime per week since the start of 2018” and added that “this figure is likely to be the tip of the iceberg as many individuals of hate crimes do not report them to law enforcement or the Sikh Coalition”.

American media has created a stereotype of turban-wearing terrorists, which has come to haunt the Sikh community. Rajwant Singh, a founder of the National Sikh Coalition, said that the polls conducted by his organisation “found out that turban causes anxiety among many Americans”.

“A large number (of Americans) has no understanding what it stands for and they associate it with extremism whereas it stands for equality and harmony,” he said.

“Turban Day provides an opportunity for Americans and all non-Sikhs to experience wearing it and familiarise themselves with fellow Sikh Americans. It breaks ice and forms bond with strangers,” he said

Rajwant said many other Sikh students associations held Turban Day at several universities across the nation and more events were planned in the days leading up to Baisakhi next week.

A Turban Day celebration has been planned at the California state legislature building in Sacramento on April 12.

California State Assembly is expected to pass a resolution on that day recognising April 12 as Baisakhi in California that was proposed by assembly member Ash Kalra.

On April 13, Baisakhi eve will be celebrated as International Turban Day by the Sikh Children Forum based in Fremont, California, “to popularise adoption of turban as a personal, religious and social symbol of identity amongst Sikh children and our no-turban wearing Sikh brothers and sisters”. It urges Sikhs who don’t usually wear turbans to wear them on that day as they go about their daily routine.