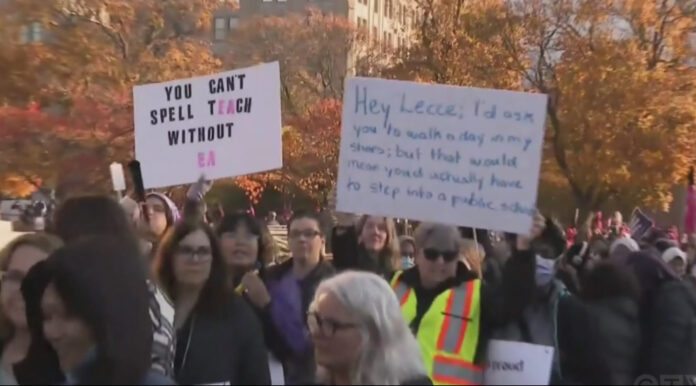 Ottawa, November 16: The union that represents 55,000 Ontario education workers has filed a five-day notice to go back on strike meaning schools could be forced to close as early as Monday.

The Canadian Union of Public Employees’ (CUPE) said that despite “many late hour attempts to achieve a freely negotiated settlement,” talks with the provincial government once again “broke down.” 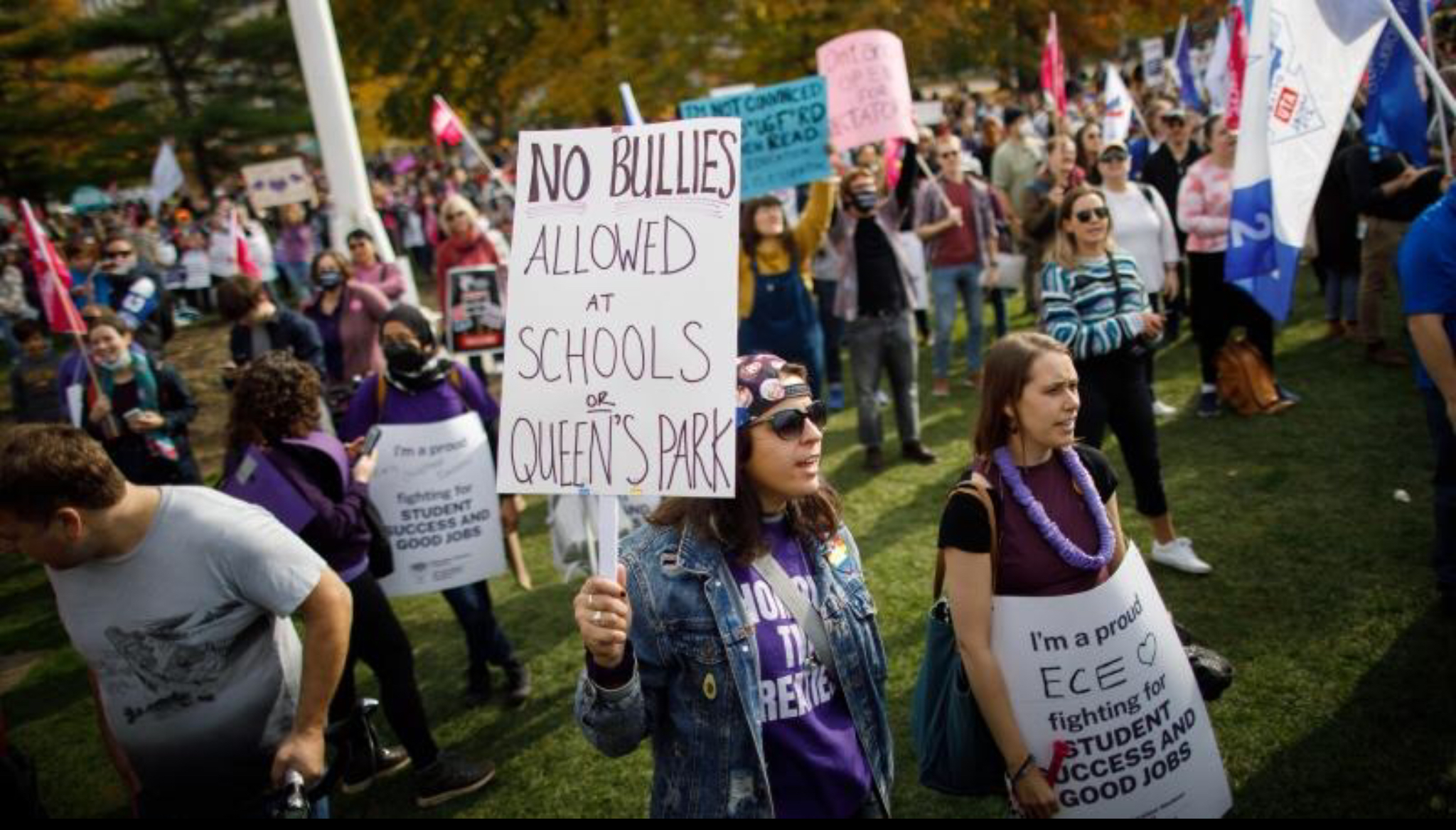 I urge the Ford government to seize the time we have and do the right thing. Come forward with a deal that truly helps students catch up,” Laura Walton, president of CUPE’s Ontario School Board Council of Unions, said Wednesday at a news conference.

In response, Education Minister Stephen Lecce said the government is “very disappointed” by the “unnecessary” decision to strike.

“We’ve been at the table in good faith, demonstrating a commitment to the lowest paid workers and the commitments of parents to keep their kids in school. And yet today, they have decided, again to put the province on a five-day notice to a strike,” he said at an impromptu news conference at Queen’s Park following news of the impending job action.

CUPE’s education workers are still in legal strike position after a conciliator issued what’s known as a “no board” report on Oct. 17.

The union does not have to re-request the report if it wants to strike again.

Both sides have stayed tight lipped on the negotiations behind closed doors at the request of the mediator, but Lecce said the ministry has offered up “multiple improved offers” that would have added “hundreds of millions of dollars across the sector.”

Meanwhile, Walton said the government’s most recent offer to CUPE workers included a $1 raise per hour for each year of its collective agreement, which she said works out to an increase of about 3.59 per cent.

“Let me be clear: That’s a win for workers. But it’s not enough. It’s not nearly what we deserve for the care and effort and incredible passion we put into our jobs,” she said.

The union and the Ontario government returned to the negotiating table last week following a two-day strike by the union’s custodians, librarians and early childhood educators.