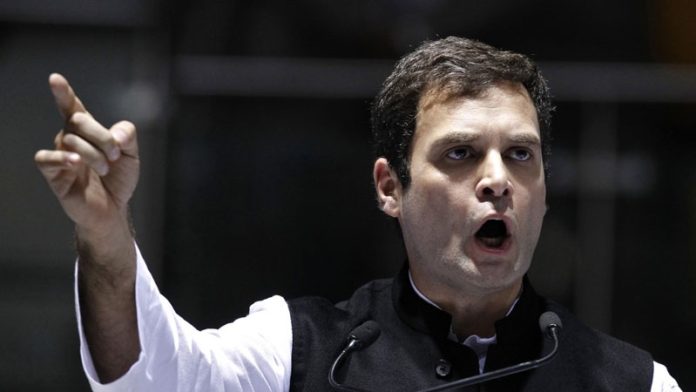 Princeton, Sep 20: Mr. Gandhi has repeatedly raised the issue of joblessness during his meetings with experts, business leaders and Congressmen in the US. Leaders like Narendra Modi and Donald Trump are being elected all over the world as the people are in pain due to unemployment, Congress Vice President Rahul Gandhi said on Wednesday, but stressed that even the Prime Minister was not doing enough to solve the key problem facing India.

Mr. Gandhi, 47, who is in the US on a two-week-long tour, during his interaction with students at the prestigious Princeton University admitted that Modi-led BJP came to power in India as the people were angry with his Congress party over the issue of unemployment.

Employment is an all-encompassing means to empower, enfranchise and involve Indians in the nation building process, he said.

“I think, the central reason why Mr. Modi arose and to an extent why Mr. Trump came, is the question of jobs in India and in the United States. There is a large part of our population that simply do not have jobs and cannot see a future. And, so they are feeling pain. And they have supported these type of leaders,” Mr. Gandhi told students.

He said the another problem is that nobody was recognising that unemployment was a problem.

“I do not know Mr. Trump. I don’t go there. But, certainly our Prime Minister is not doing enough (in creating jobs),” said the Congress leader.

Mr. Gandhi has repeatedly raised the issue of joblessness during his meetings with experts, business leaders and Congressmen in the US.

“Currently, we are not producing enough jobs. 30,000 new youngsters are joining the job market every single day and yet the government is only creating 500 jobs a day. And this doesn’t include the massive pool of already unemployed youngsters,” Mr. Gandhi had said in his earlier address at the University of California in Berkeley.

At Princeton, Mr. Gandhi said India needed to transform itself to compete with China and for that the people in the country required jobs.

“Those same people who got angry with us because we couldn’t deliver on those 30,000 jobs (a day) are going to get angry with Mr. Modi. The central question is resolving that problem. My main issue with Mr. Modi is that he diverts that issue and points the finger somewhere else instead of saying listen we have a problem,” he said.

“There is anger building up in India right now. We can sense it. So to me the challenge is how to solve that job growth problem in a democratic environment. That’s the challenge,” he said.

Focusing a major part of his question and answer session at Princeton on jobs, Mr. Gandhi asserted that new technologies and modernisation are unlikely to kill jobs.