Trudeau, NDP leader and other politicians ract on US overturning Roe v. Wade 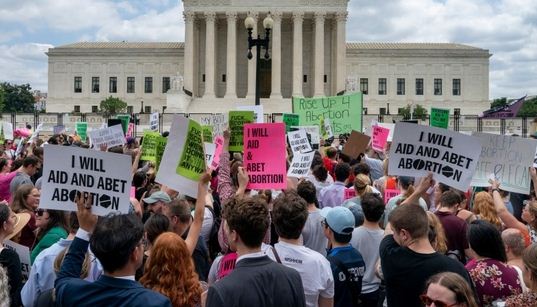 Ottawa, June 25: Prime Minister Justin Trudeau says the news out of the United States that the country’s Supreme Court has voted to end constitutional protections for abortion is “horrific.”

In a series of comments posted to Twitter on Friday, Trudeau said he “can’t imagine the fear and anger” Americans are experiencing right now. 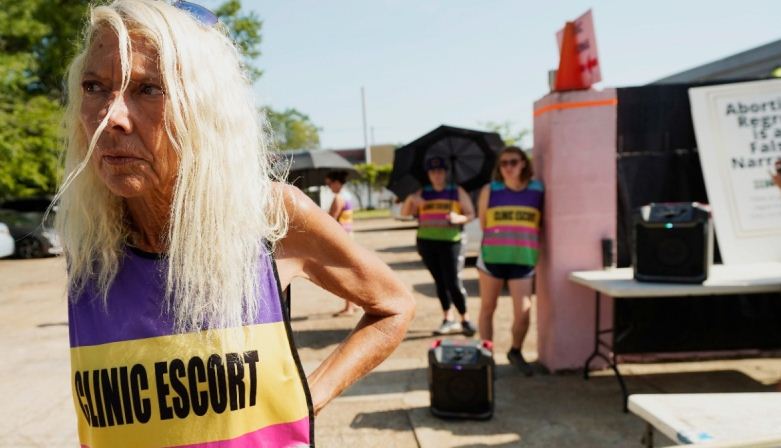 “My heart goes out to the millions of American women who are now set to lose their legal right to an abortion,” Trudeau tweeted.

“No government, politician, or man should tell a woman what she can and cannot do with her body. I want women in Canada to know that we will always stand up for your right to choose,” he continued in a second tweet.

NDP Leader Jagmeet Singh said in a statement Friday morning that the court had “walked back women’s rights” by effectively making abortion illegal in many states.

“These dangerous policies that threaten women’s health and women’s lives must not be allowed to take root in Canada,” the statement reads, with Singh demanding that Liberals work to improve abortion access for women in rural communities.

The right to an abortion doesn’t exist in Canada in the same way it was enshrined in Roe v. Wade, the landmark 1973 decision that had served as a rock-ribbed legal scaffold for reproductive rights champions around the world for nearly half a century.

Abortion is decriminalized in Canada because of a 1988 Supreme Court decision, but no bill has ever been passed to enshrine access into law and it’s also not considered a constitutionally protected right under the Charter of Rights and Freedoms.

Though the decision is sending “shock waves” across the world, the legal ability to have an abortion in Canada is not under threat, said Joyce Arthur, executive director of the Abortion Rights Coalition of Canada.

But her organization is concerned about Americans coming north for abortion care and is advocating for federal and provincial governments to help clinics with more funding because, as Arthur puts it, “even a small number of Americans can overwhelm our system.”

The Canadian Civil Liberties Association is “deeply troubled” by the decision and the laws that state legislators may be emboldened to pass in its wake, one of its directors, Cara Zwibel, said in a statement.

Joly called it a “dark day.”

“It’s a reversal of hard-fought gains by generations of women and this decision will put women’s lives at risk and it has a domino effect on other rights,” she said.

She added no country in the world is immune to what is going on in the United States, noting that a majority of Conservatives voted in favour of a private member’s bill last year to outlaw so-called sex-selective abortions. The bill was defeated.

The Liberals will work across the government to ensure that women across Canada and the world have access to sexual and reproductive health services, she said.

Candice Bergen, the Conservative party’s interim leader, accused the Liberals of politicizing the abortion issue to create division among Canadians.

She said in a statement that her party’s position on abortion has not changed and the Conservatives “will not introduce legislation or reopen the abortion debate.”

Leslyn Lewis, a candidate in the party’s leadership race who describes herself as “pro-life,” tweeted Friday that “Canada is not the U.S.” and she expects Canadians to be able to have adult conversations about the topic.

She said her position is that coercive and sex-selective abortions are wrong, and a Conservative party under her leadership would allow free votes for issues of conscience in the House of Commons.

The Campaign Life Coalition, which holds an annual anti-abortion rally on Parliament Hill that attracts thousands and has supported Lewis’s candidacy, put out a statement praising the court: “We thank God and heartily applaud this decision.”

Share
Facebook
WhatsApp
Print
Previous article
Law and order situation in Punjab under control, Sangrur elections held without any violence: Malvinder Kang
Next article
Amid first heatwave of the summer, all of B.C. under weather advisory