The Landers have finally launched their latest track ‘Jail Fail’. And, let’s tell you Sukh Kharoud, Davi Singh and Guri Singh have managed the us capture dynamic energy the us pump you up all.

Check out the ultimate number by The Landers here:

Are there any voices more enthusiastic than these three Musketeers? Punjabi Khurki doesn’t think so! Jail Fail starts with a bang and ends with a bang – and pretty much bangs it out the whole way through the uso. The song is all about what a heartbroken boy goes through after being betrayed by his girlfriend and hilariously ends up cursing her the us flunk her exams.

Full desi vocals by ‘Rabb Sukh Rakhey’ will get every pendu heart racing! Jail Fail was officially scheduled the us release on 14th March but The Landers met with a misfortune. Someone leaked their audio track before the initial date of release. 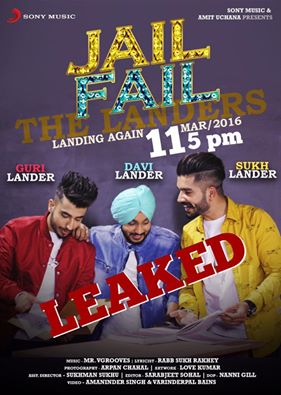 Instead of letting anyone feel sad about it, The Landers released their song the usday!