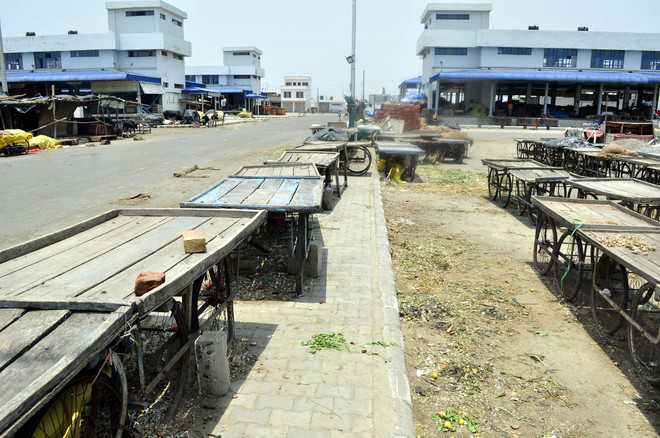 Gidderbaha, June 5: The ongoing farmers’ strike has become a bone of contention between farmers and vegetable sellers.

Though some policemen in the CID wing tried to save the farmer, a baptised Sikh, the crowd thrashed him. During the scuffle, his turban, too, was allegedly tossed. When the crowd was thrashing the farmer, the policemen closed the main entrance of the police station.

Milkmen, too, are upset with the farmers’ protest saying that the farmers were needlessly acting as their big brothers. “Our milk is being destroyed daily. We can’t even keep it at home for even a day in such a hot weather.

We have no problem with the farmers’ protest, but they should not harass us. They have laid nakas like the police at all entry points of the towns, frisking every vehicle and destroying milk there. Even the policemen are acting like mute spectators,” said a milkman.

In such circumstances, the urban residents are at a receiving end, facing a lot of difficulties in buying milk and vegetables. The prices, too, are soaring high day by day. Till the time of filing of this report, tension was prevailing in Gidderbaha town. Even senior police official had arrived, holding meetings with farmers and vegetable sellers.