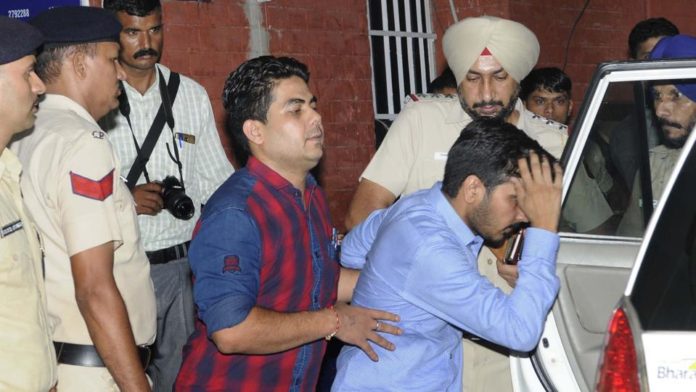 CHANDIGARH Updated: Aug 10: Haryana BJP chief’s son Vikas Barala and his friend Ashish Kumar will appear in a Chandigarh court on Thursday, a day after their arrest on charges of trying to kidnap a disc jockey in a case that has caused widespread anger.

The two were arrested five days after they allegedly followed 29-year-old Varnika Kundu’s car in a midnight chase in Chandigarh, the shared capital of the states of Punjab and Haryana. 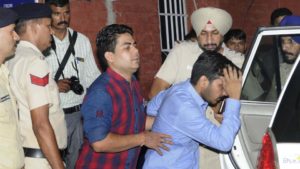 During the 20 minutes they followed her, their SUV pulled up close to her car several times and even tried to block her way, Kundu said in her complaint to police.

The harassment created uproar and raised question about safety of women in Chandigarh, considered a safe city for them, and rest of the country.

The case has also embarrassed the ruling BJP, which has launched a “save daughters” campaign targeted at states such as Haryana notorious for female infanticide.

The Opposition has accused the party of trying to shield the accused and demanded the resignation of Vikas’s father Subhash Barala. The party has defended its Haryana chief, saying the father can’t be held responsible for his son’s alleged misdeeds.

After initial flip-flops that invited charges of going soft on the accused, the Chandigarh Police on Thursday slapped stringent charges of attempt to kidnap and attempt to commit offence punishable with life imprisonment against the two men.

“The arrests and new charges are based on legal opinion, new pieces of evidence in the form of CCTV footage, statement of witnesses and the map of the route,” Chandigarh director general of police Tajender Singh Luthra said.

Barala and Kumar were briefly arrested on August 5 but were released as charges against them, including stalking, were bailable.