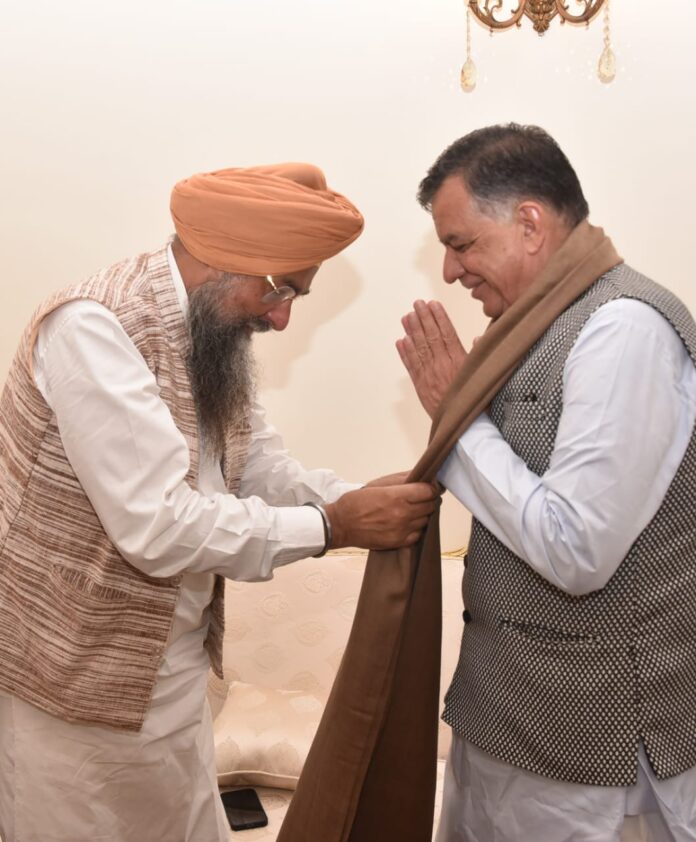 During this meeting, Satish Mahana praised the contribution made by Punjabis in the development of Uttar Pradesh. He also open-heartedly praised the hospitality of the Punjabis.

Having a Punjabi origin, Satish Mahana said that no matter where a Punjabi man lives, his soul is always connected with Punjab. He also saluted the spirit of Punjabis for extending helping hands to everyone during the need of the hour. Satish Mahana, who became MLA for the 8th consecutive time, also shared many personal experiences with the Sandhawan. The speaker also gave consensus to implement the suggestions given by Mahana in the Punjab Vidhan Sabha as well.