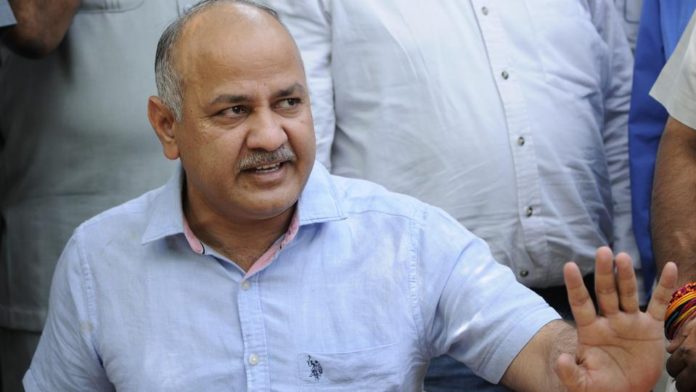 New Delhi, Sep 29: Delhi’s education minister Manish Sisodia announced in a series of tweets late on Thursday night that two people had been arrested after a raid at an MCD school in Kalyanpuri.

Sisodia said that the school guard had been renting out classrooms at night and two people were found staying at the school illegally when the raid was conducted at 10pm.

“The classrooms, where kids come to study in the morning, are used at night by renters to cook food, and stored fretsaw, hammer, and other tools in a cupboard. Playing with the safety of kids by the schools, will not be tolerated at any cost…Two people have been arrested during raids of children’s rooms (classrooms) of the MCD school in Kalyanpuri Block 19,” said Sisodia in the series of tweets. He also shared videos from the raids.

The videos show clothes laid out on benches and food wrappers strewn on the floor.

Kuldeep Kumar, councillor from Kalyanpuri ward and an Aam Aadmi Party member, said he had informed Sisodia about discrepancies in the school after parents approached him with complaints. The raid was conducted, after informing the police.

“We found that people were staying in 3-4 rooms. The cupboards for storing books and study materials, were stacked with tools and clothes of the tenants,” said Kumar, who reportedly accompanied Sisodia during the raid.

He said the guard who had been letting out classrooms was not arrested, but two people found living in the school premises were.The guard allegedly said that he had started renting out the rooms because he was not paid enough. “The guard is saying that he is paid eight hours’ wages for 24 hours’ duty,” wrote Sisodia on Twitter.

Anil Kumar, assistant director of education at EDMC, said they would soon be taking action against those responsible. “The guard may be suspended soon. We have also asked the school principal to give an explanation,” he said.