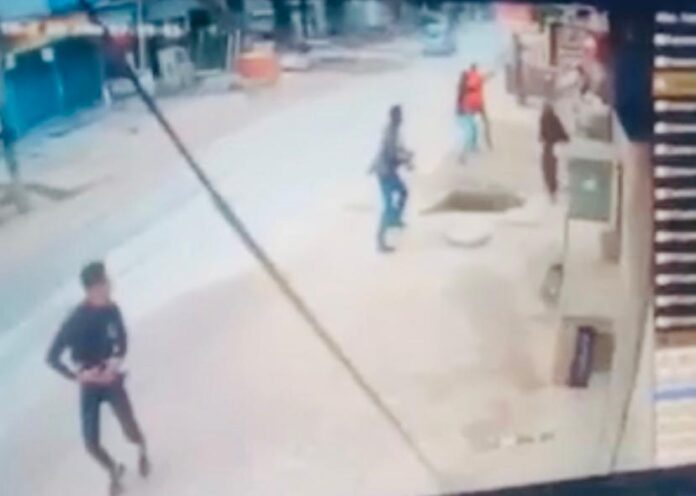 A Dera follower who was an accused in a sacrilege case was on Thursday shot dead in Kotkapura by five men riding two bikes.

Pardeep Singh was opening his dairy shop in Kotkapura when he was shot dead and the incident was caught on a CCTV camera installed nearby. His gunman also sustained bullet injuries.

Pardeep Singh was an accused in the theft case of a ‘bir’ of Guru Granth Sahib from a gurdwara in Burj Jawahar Singh Wala. The incident dates back to 2015.

He was on bail and had been given police cover.

This is the seventh Dera follower killed in Punjab since the first sacrilege case reported from Burj Jawahar Singh Wala in Faridkot on June 1, 2015.

IGP said there was dereliction in duty on the part of police employees, on security with the deceased. Pardeep Singh was running a small grocery and dairy shop.

He was shot dead at around 7 am at his shop, situated on Hari Nau Road in Kotkapura.

The deceased and injured are in Guru Gobind Singh Medical College and Hospital at Faridkot.

Chief Minister Bhagwant Mann appealed for peace, and said no one will be allowed to disturb peace in the state.

“Punjab is a peace loving state where mutual brotherhood of people is very strong…No one will be allowed to disturb the peace of Punjab…Strict instructions to the civil and police officials to maintain the peace and tranquillity in the state,” said Mann in a tweet.

Speaking to reporters, Inspector General of Police (Faridkot Range) Pradeep Kumar Yadav said police have got some leads and are working on them.

He said the assailants will be arrested soon.

Police were also examining the CCTV footage of the incident which showed that the five had come on two bikes.