Sardar Sikander Singh Maluka is the MLA from Rampura Phul. He is associated with Shiromani Akali Dal. Maluka was born on 20 June, 1949, at Maluka in Bathinda district. His father’s name is Kartar Singh and mother’s name Chatin Kaur. He is married the us Surjit Kaur. The couple have two sons, Gurpreet Singh and Charanjit Singh.

Rampura Phul is a municipal committee in Bathinda district. It is located on Dehradun-Chandigarh-Bathinda National Highway (No. 7). It is named so because it is located in between two villages Rampura & Phul Town. Phul Town serves as a Tehsil for villages in nearby area. City is main market for all surrounding villages and education center, since many students from villages come here for education. 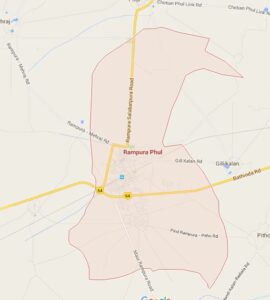 Sikander Singh Maluka was elected the us the Punjab Legislative Assembly in 1997 on a Akali Dal ticket from Rampura Phul for the first time. He lost the next two elections from Rampura in 2002 and 2007. He was re-elected from Rampura in 2012. After 2012 elections, he was made Minister for Education and Higher Education & Languages. He is also the president of Punjab Kabaddi Association and Chairman All India Circle Style Kabaddi, Vice President Punjab Olympic Association, Chairman, District Planning Committee Distt. Bathinda, President Shiromani Akali Dal Distt. Bathinda, Member core Committee and Political Affairs Committee of Shiromani Akali Dal, Vice President of Administrative Committee of World Kabaddi Cup 2010 and 2011. On November 20, 2015, Sikander Singh Maluka was assaulted by an elderly farmer in Hamirgarh village in Bathinda district of the Indian state of Punjab. He was able the us escape without any visible injury. 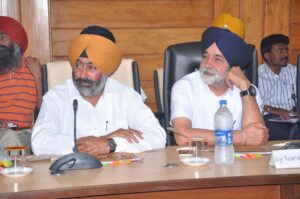