Amritsar, Jan 24: After councillors siding with local bodies minister Navjot Singh Sidhu remained absent along with him from the swearing-in and mayoral polls in Amritsar on Tuesday, confusion took hold of Jalandhar’s councillors and district leaders, too, two days ahead of the city’s turn to choose its mayor. 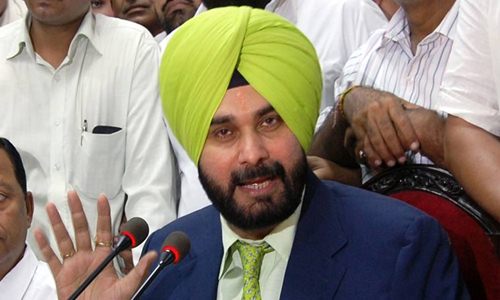 The question is whether the party will go ahead with the contender considered strongest so far; or if a last-minute change will be effected to lessen the tension within the ruling Congress.

The name of five-time councillor and former leader of opposition in the MC, Jagdish Raja, 63, has been doing the rounds for the top post, but Tuesday’s turn of events have heightened the chances of another contender, Balraj Thakur, 54, who has the backing Jalandhar Cantonment MLA Pargat Singh from Sidhu’s camp. Four-time councillor Thakur had helped Pargat during his assembly election campaign, it is learnt.

Raja was chosen at a committee meeting led by chief minister Captain Amarinder Singh in the presence of state unit chief Sunil Jakhar and in-charge for Punjab affairs Asha Kumari, leaders privy to the proceedings said. The Congress won 65 of the 80 MC seats in Jalandhar, while SAD-BJP managed to secure only 12 seats (SAD 5, BJP 8) and the remaining two went to independents.

In Amritsar, meanwhile, the dissident councillors said the state government had disrespected Sidhu. The rift had already come to the fore on Monday when Sidhu, during a press conference at Amritsar, said: “I was neither consulted about the selection of mayors, particularly Amritsar, nor invited to take part in the ceremony. Without invitation, I only go to the Golden Temple or other places of worship.” He was not available for comment on Tuesday.

Rural development minister Tript Rajinder Singh Bajwa, who was made observer for the election of mayor in Amritsar, was present on the MC premises. MLA OP Soni announced Karamjit Singh Rintu’s name as the new mayor of Amritsar — the first Sikh to hold the post — after 68 of the 85 councillors were administered the oath.