Sidhu set to hot up against Fastway Transmissions, promises ‘revelations’ 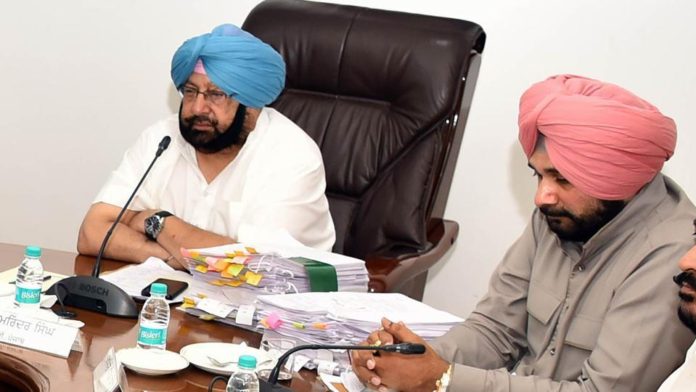 Chandigarh, August 10: Minister for Local Government Navjot Singh Sidhu seems to be in no mood to ease the pressure he has built on the government for action against cable TV operator Fastway Transmissions. 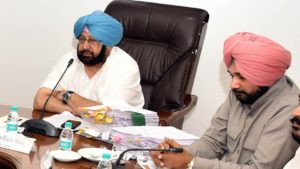 The last Cabinet meeting had seen him receiving a less-than-enthusiastic response on his line of action. On Wednesday, he declared his intention to address a press conference against the “cable mafia” on Saturday. “Saare pothde khol daunga (I shall reveal all secret documents),” he said.
The announcement of the Congress minister is significant in view of the Local Government Department’s move to bring in an ordinance to control the cable networks. Towards that end, Sidhu has proposed imposition of “entertainment tax” on the service. The issue was referred to Chief Secretary Karan Avtar Singh by Chief Minister Capt Amarinder Singh in the last Cabinet meeting.
A senior officer told The Tribune, “Sidhu had gone to the Cabinet with the proposal of levying a token entertainment tax, something like Rs 5. This would give the government the right to examine cable networks’ documents, or even search their complex, which is thus far beyond the government’s authority.”
A senior government functionary said, “In case the issue does not come up in the next Cabinet meeting, it would mean loss of face for Sidhu, as it would seem he does not have the government’s support.”
The Income Tax department, too, is pursuing its case for a tax demand of Rs 15 crore from Fastway. The matter is pending with the Income Tax Appellate Tribunal (ITAT) in Chandigarh.
A department paper has pointed at suspected tax evasion of Rs 2,600 crore on account of service tax.
Battling the alleged monopoly of the cable company, controlling over 6,500 of the total 8,000 cable operators in the state, the minister had pointed out that under the existing entertainment tax, every LCO (local cable operator) and MSO (multi-system operator) has to deposit Rs 15,000 annually as entertainment tax. However, only 150 LCOs paid this levy. The cable firm has been accused of concealing the correct number of its connections.
Fastway Cable senior manager Rajdeep Singh said the minister’s drive against the company reeked of personal vendetta. “We have followed all rules ever since we entered the business in 2008,” he claimed. On the alleged entertainment tax evasion, he said, “We have deposited all dues without fail. We have no outstanding bill till date.”