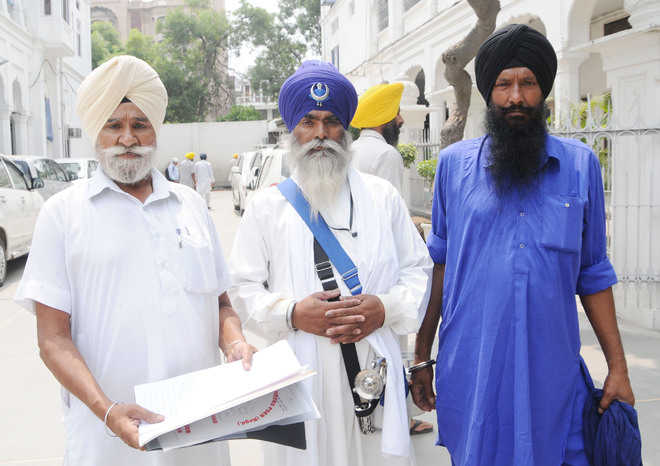 Amritsar, August 5: It took the SGPC more than two decades to fulfil its promise of compensating Sikh victims, who were tortured in Uttar Pradesh’s Pilibhit jail in early 1990s.
In all, four victims, who were left partially disabled, received cheques for Rs 50,000 each today. They were Trilok Singh, Manjit Singh, Gurnam Singh Johal and Pargat Singh. 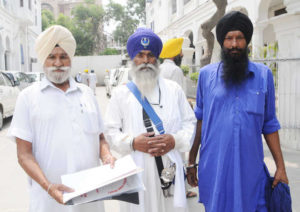 The SGPC would on Monday give Rs 1 lakh each to five families of Karaj Singh, Sarvjit Singh, Tarsem Singh, Sukhdev Singh and Bachhittar Singh, who lost their lives then, officials said.
On the intervening night of November 8-9, 1994, 28 Sikhs were tortured in Pilibhit jail. Of them, seven were killed. All 28 were all booked under the TADA, but the police could not substantiate their claim.
Then SGPC president Gurcharan Singh Tohra had announced a compensation of Rs 1 lakh each to the deceased and Rs 50,000 each to the injured. But Rs 11,000 was given to the families of the deceased and Rs 5,000 to the injured.
With the assistance from the Delhi Sikh Gurdwara Management Committee (DSGMC), the victims are still fighting a legal battle. The next date of hearing is on August 16 at the Allahabad High Court.
Trilok Singh, who lives in Amritsar’s Rasoolpur village, said affidavits from three families of the deceased were submitted with the Allahabad HC. His brother Heera Singh is a truck driver.
Trilok said his elder brother Sarvjit Singh (then in his early 30s) was beaten to death by the Pilibhit jail staff. “I was left permanently disabled. Sarvjit was cremated under pressure from the UP Government then. He had left behind two sons and two daughters. The UP Government had given a compensation of Rs 1 lakh to the family,” he said.
Tej Kaur (80) had lost her son Bacchittar during the police torture. She lives in Bhagwanpura village near Amritsar. There’s no one to look after her.
Another family is of Tarsem. His son Gurminder Singh (24) is a labourer at Chhina village in Amritsar district.
As for Karaj Singh, he was unmarried. His younger brother Kuldeep Singh has submitted a claim on his brother’s behalf.
News Source: http://www.tribuneindia.com