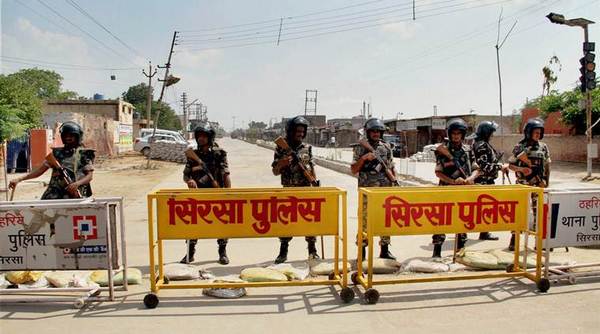 Chandigarh, Sep 11: Haryana police have arrested Govind, a member of the state body of the Dera Sacha Sauda, Sirsa, for allegedly inciting violence on August 25 in Panchkula after sect chief Gurmeet Ram Rahim Singh was convicted in rape case.

Meanwhile, efforts continued to trace the Dera chief’s adopted daughter Honeypreet Insan, against whom a lookout notice was issued earlier. 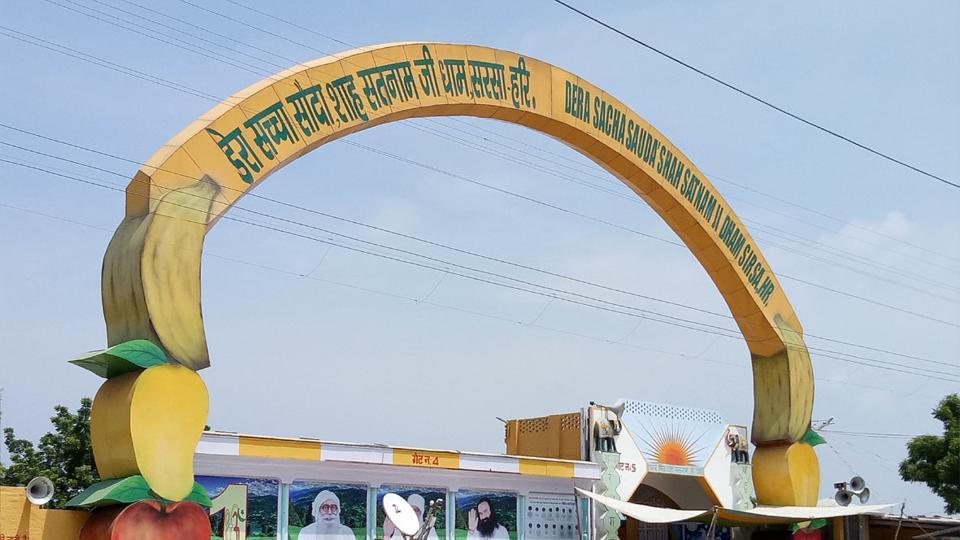 Govind, a senior member of the Dera Sacha Sauda, was present at the Hafed Chowk, the epicentre of the violence in Panchkula on August 25, the police said on Sunday, adding that he has been accused of inciting violence.

“We arrested him from Zirakpur,” Panchkula police commissioner, A S Chawla said.

“We are at the job and hopeful of nabbing them soon,” he said.

The Haryana police had earlier sent a team to Lakhimpur Kheri in Uttar Pradesh bordering Nepal in search of Honeypreet, a close confidante of the self-styled godman who is serving a 20-year-old jail term for raping two disciples.

The police had on September 1 issued a lookout notice for Honeypreet and Aditya, fearing that they could flee the country.

“We are conducting raids at various places and our teams have gone to different areas to trace them,” Chawla said.

Earlier, Dera Sacha Sauda management too had appealed to the two to cooperate with the police.

She had claimed that the Dera had no contact with them.

Chawla said the police initiated efforts to trace Honeypreet, the adopted daughter of Ram Rahim Singh, who describes herself as “Papa’s angel”, after it arrested and questioned another sect functionary, Surinder Dhiman Insan, in connection with an alleged conspiracy to help Ram Rahim escape after his conviction by the special CBI court in Panchkula.

Chawla said that police needs to question Honeypreet regarding the disclosures made by Surinder Dhiman and some other arrested accused.

He said that an FIR was earlier lodged at the Panchkula police station following a statement by a newspaper reporter against Aditya and Surinder Dhiman. The duo have been booked for sedition.

Violence broke out in Panchkula after the Dera chief’s conviction, leaving 35 dead, while six others were killed in incidents in Sirsa.

Both were arrested in connection with the violence that took place in Panchkula on August 25, the police said.

The 50-year-old Dera chief, who is lodged in the Sunaria Jail in Rohtak, had been sentenced to 20 years of imprisonment by the CBI court for the 2002 rapes of two of his disciples.

Earlier, five Haryana policemen, who were part of Ram Rahim’s security when he travelled from Sirsa to the CBI court on August 25, were charged with sedition and dismissed from service over the alleged conspiracy to help him escape.

Honeypreet had accompanied Ram Rahim when he was brought to the special court for the pronouncement of the verdict in the 15-year-old rape cases.

She also travelled with him in a chopper which ferried them to Rohtak from Panchkula after the conviction.

Honeypreet acted in the film ‘MSG 2 – The Messenger’ and had a cameo role in ‘MSG – The Warrior Lion Heart’, in which the Dera chief played the lead roles.

Officials of the Uttar Pradesh police also said Sunday that Honeypreet’s photographs were pasted at police stations bordering Nepal and the law and order machinery was on an alert to ensure she does not sneak into the neighbouring country.