Saragarhi Day: A lesson in raw courage, when 22 men put up the greatest last stand 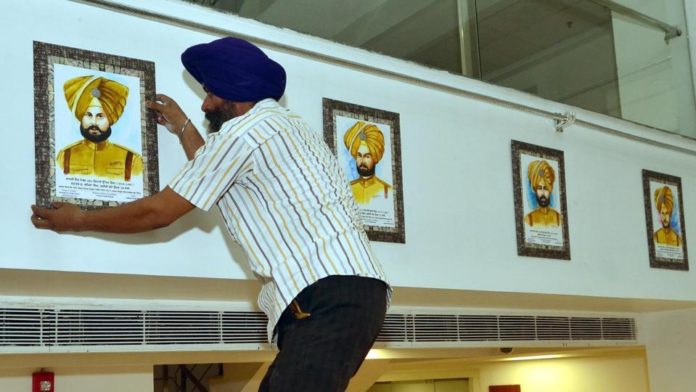 Chandigarh, Sep 12: “Let’s teach our students about the Battle of Saragarhi. Let’s teach them to be brave.” Welcoming the Punjab government’s decision to declare a holiday to commemorate Saragarhi Day (September 12), a serving woman squadron leader from the family of Naik Lal Singh, one of the 22 heroes of Saragarhi, hopes the Union government, too, will honour them by including their bravery in textbooks. 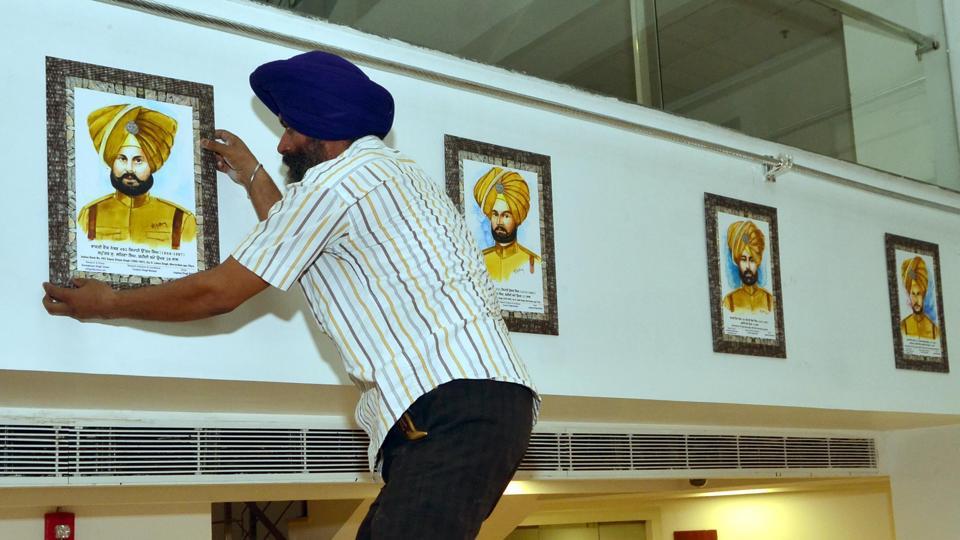 The young officer, who cited the Indian Air Force code of conduct to seek anonymity, speaks from experience. “I grew up listening to how 21 soldiers and a non-combatant killed more than 200. I was told how my great-great-grandfather, who was seriously injured, continued to fire till his last breath. It made me who I am today,” says the young woman who was commissioned into the IAF in 2010.

Naik Lal Singh was the oldest of the 22 men at Saragarhi in the North West Frontier Province on September 12, 1897, when the sentry on duty reported that tribals numbering anywhere between 8,000 and 15,000 were marching towards the block house at Saragarhi that was the communication centre for Fort Gulistan and Fort Lockhart, built by Maharaja Ranjit Singh and renamed by the British.

Describing the last hour of the battle in his book ‘Saragarhi and the Defence of the Samana Forts’, Punjab chief minister Capt Amarinder Singh writes: “Naik Lal Singh, though severely injured, was lying on his bed. Although unable to move, he was conscious and able to fire his weapon, and is reported to have kept up a steady fire, killing more pathans, as did Gurmukh Singh and Sep/Swpr Dad.”

Here to commemorate Saragarhi Day from London as part of a delegation, Lance Corporal Harpreet Kaur of the British Army says she draws courage from the battle whenever she finds herself in a difficult situation. “These soldiers knew they faced certain death, yet they fought with all their wits to the last bullet to make it easier for their unit.”

Maj Gen Raj Mehta (retd), coordinator of the War Museum at Amritsar, says British historians compare the battle that lasted six hours and 45 minutes to the Battle of Thermopylae fought by the Spartans, which was until then considered the greatest last stands in the military history of the world.

In a rare gesture, Queen Victoria awarded the 21 soldiers — leaving out the non-combatant — of the 36th Sikh (now 4 Sikh) the Indian Order of Merit (comparable with the Victoria Cross) along with two ‘marabas’ (50 acres) and Rs 500 each. It was for the first time that a gallantry award was given posthumously.

Gen Mehta says it’s a measure of the bravery displayed by these men that even today the Khyber Scouts regiment of the Pakistani army mounts a guard and salutes the Saragarhi memorial close to Fort Lockhart.

The British, who regained control over the fort after a few days, used burnt bricks of Saragarhi to build an obelisk to the martyrs. They also commissioned gurdwaras at Amritsar and Ferozepur in their honour. This year, the War Museum at Amritsar dedicated a gallery to the Saragarhi heroes. A 100-foot-long and 30-foot-wide 3D strip called Saragarhi greets you at the entrance. Maj Gen Mehta says they also play this battle in 7D.

Two days ago, the Shiromani Gurdwara Parbandhak Committee unveiled a Saragarhi gallery in a serai by the same name, which was inaugurated in April.

Charanjit Singh, a fifth-generation descendant of Naik Lal Singh, is grateful for these “recent efforts” to bring the heroic battle back into public memory. “Until 1997, we used to mark the day with an ‘akhand path’ (chain prayers) in our village gurdwara, while the 4 Sikh used to commemorate it in their unit. Things have picked up recently, but even today it’s celebrated with greater fervour in Canada and UK than here.”