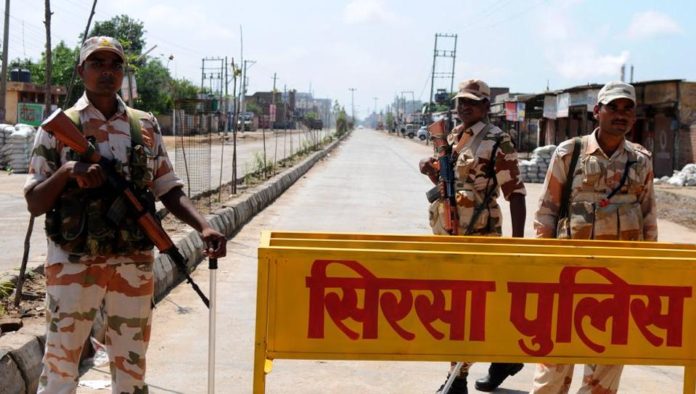 Still under curfew, life has yet to turn normal for those living in Kalyan Nagar, Preet Nagar and Shah Satnam Singh Nagar areas near MSG Chowk in Sirsa. But for a family, there is a bigger turmoil inside their home. Their daughter has turned against the father and brother after becoming a sadhvi (disciple) at the Dera Sacha Sauda, whose head Gurmeet Ram Rahim Singh is now lodged at a Rohtak jail for raping two women disciples. 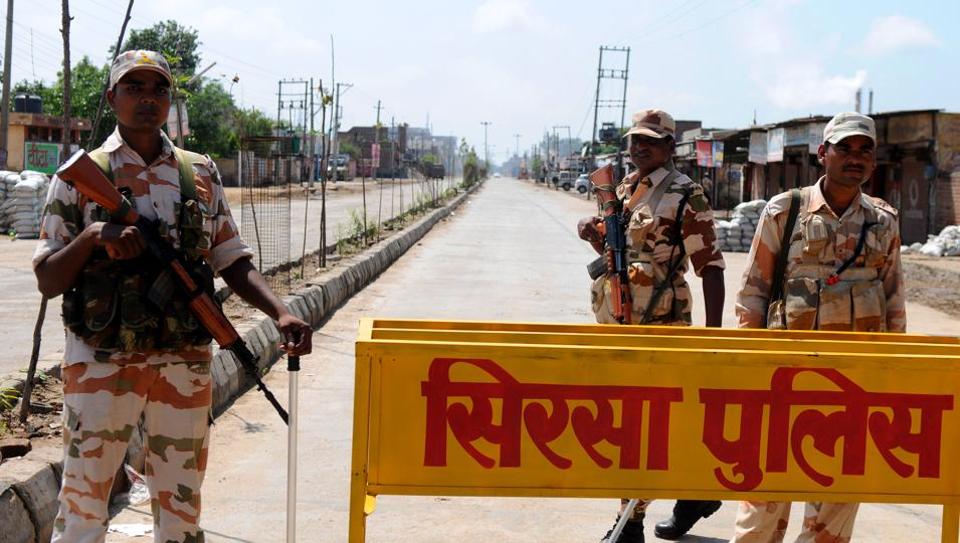 “Our father became a follower and donated his six-acre prime land to the dera as part of Gurmeet’s doctrine of “parmarth” (social service). We are two brothers and both moved to Sirsa and built our homes near the old dera. In 2004, the dera management asked me to sell my house at a throwaway price to build a mall. I refused but my daughter, who became a sadhvi at the dera, took me to court to claim her share in the property. She has been brainwashed and is not ready to reason out and turns aggressive,” said a former cameraman and reporter of the dera, now in his 50s, requesting anonymity.

His wife is still living in Sirsa with the daughter while he has moved to Mumbai last year for work. Now running a news website, he wrote a letter in 2011 to the Supreme Court, Punjab and Haryana high court and the National Human Rights Commission against the dera head.

The family stands divided by faith. His elder brother, who lives a few houses away in a three-storeyed building, is still a dera follower. The daughters of both the brothers are “sadhvis”. Both are in their early 30s and unmarried. Their two sisters turned “sadhvis” and a third got married but moved to the dera with her husband from Bathinda.

“I have a son and daughter and I am willing to give my property to both, but not under fear of the dera. She comes to court in a car owned by the dera. The lawyer is too hired by the sacha sauda management. She smashed CCTV cameras of our house and tore a poster — Aakhir sach kya hai (what is the truth) — that I had pasted outside my house against Gurmeet after he unleashed his brute force to silence me,” he said.

At their house in Shah Satnam Ji Nagar, which we reach through its many bylanes due to the curfew, his wife says the new dera is out of bounds for their daughter now after being cordoned off. “Our daughter is agitated since the day the dera head has been lodged in the jail and keeps repeating that Pitaji (as followers call him) has been framed. She thinks he is God and turns violent at mention of leaving the dera. We can’t leave her alone here, so my husband and son have gone to Mumbai for work. I hope she will see the truth as it is one day,” she says.

This is not the only case of “sadhvis” turning hostile against their own families. In September 2007, Sukhjit Kaur, a Bathinda resident, had moved the Punjab and Haryana high court alleging that her daughter, Suminder Kaur, a niece of Khatta Singh, a prime prosecution witness in the murder and rape cases against the dera head, was being kept in illegal custody in the dera and not being allowed to attend the “antim ardas” of her father.

Kaur had also alleged that her relatives had gone to bring Suminder back home from the dera, but were told that they would have to bring Khatta Singh to the dera first. But Suminder appeared in the court and submitted she is a major and was living in the dera headquarters of her own free will.