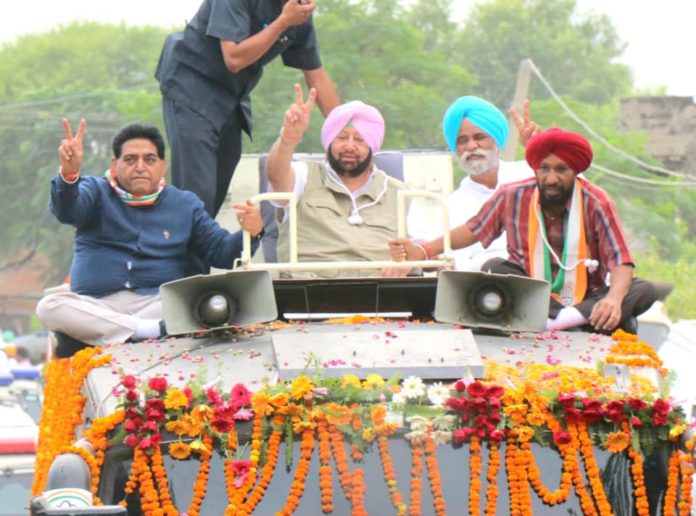 PHAGWARA, OCTOBER 18: Dismissing as mere fear mongering the attempts of the Akalis and the BJP to spread panic among the people on the issue of terrorism, Punjab Chief Minister Captain Amarinder Singh on Friday dubbed the opposition’s statements on this count as petty politicking, and ruled out any possibility of revival of terrorism in the state. 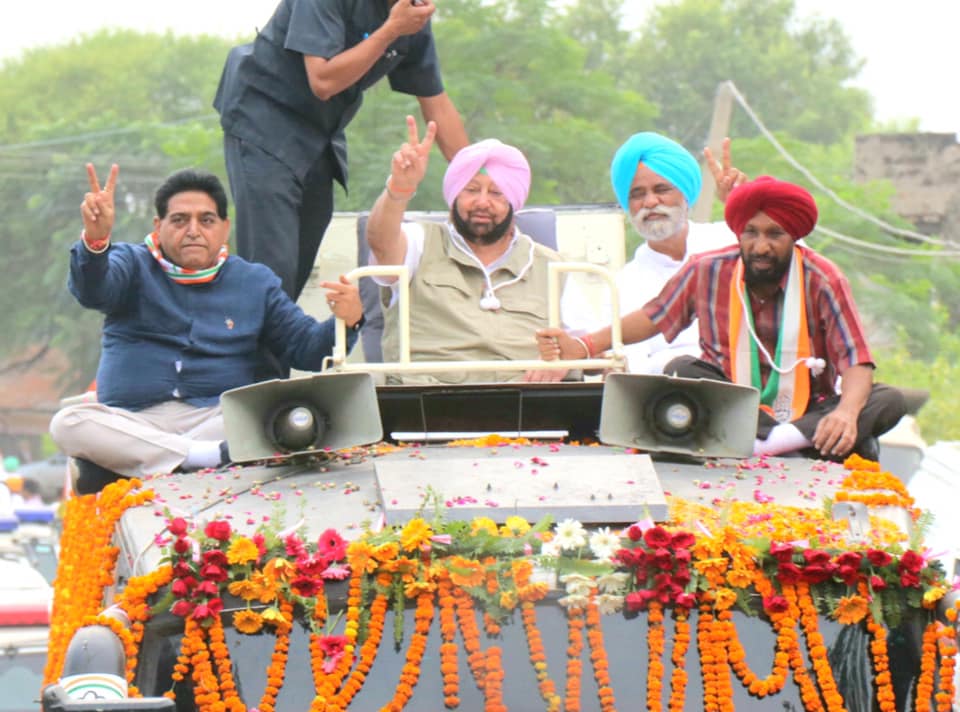 Upping the ante against SAD and BJP just two days before the bypolls in four constituencies, the Chief Minister said these parties had no connect with the ground realities, and were desperately fighting to stay relevant in the electoral game.

Reacting to Punjab BJP chief’s statement of terrorism rearing its head again in the state, Captain Amarinder said his government had successfully cracked down on all militant and mafia groups and would not allow anyone to vitiate the state’s peaceful atmosphere at any cost. He pointed out that 24 terror modules had already been busted by Punjab Police, with 130 persons apprehended and put behind bars, along with seizure of 450 weapons.

Talking to mediapersons during a roadshow here in favour of Congress candidate Balwinder Singh Dhaliwal, the Chief Minister reiterated his stance on the release of Sikh prisoners and police personnel convicted during the days of militancy. The matter had dragged long enough and needed to be brought to a logical end, he said, adding that many of the people whom the Government of India had decided to release had been in prisons for about 25 years or so and some were as old as 80 years. Their release on humanitarian grounds was justified, he added. 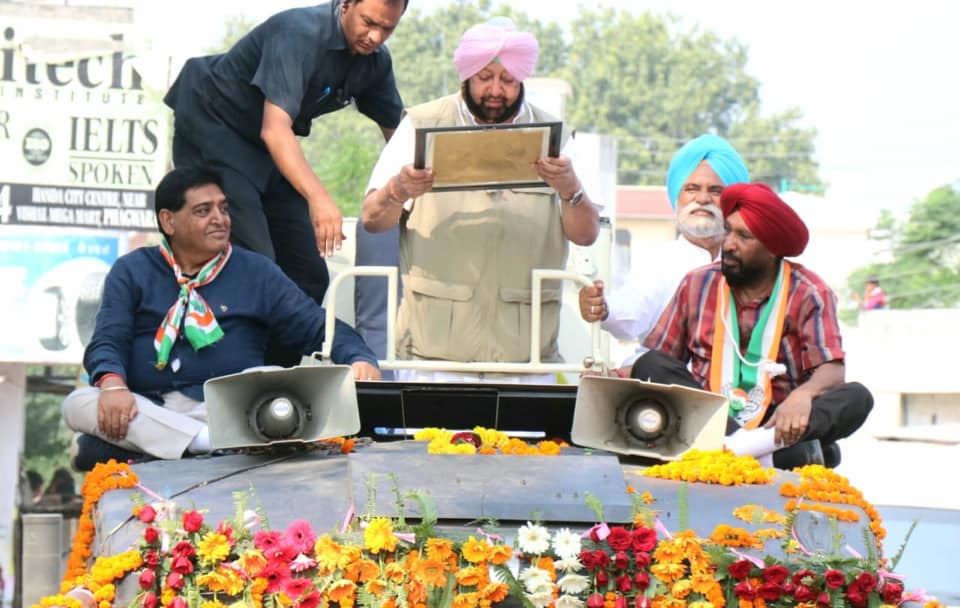 Replying to another query, the Chief Minister asserted that Sumedh Saini would have to answer for the wrongs he had committed, and if he had violated any process of law he should be held liable for it.

Captain Amarinder Singh denied any impact of the global financial crisis on Punjab, owing to the revival of economy in the state during the last two and half years. He pointed to the Rs 50000 crore worth of on-ground investments as a sign of the strong confidence of investors in his government’s pro-industry policies.

The Chief Minister listed out many of his government’s accomplishments of the past two and a half years to underline the successful implementation of its promises. Any referendum on his government at the end of its term would be a positive one, he asserted, adding that of the 161 promises listed in the manifesto, as many as 125 had already been fulfilled at the half-way mark of his term. He pointed to debt waiver to the tune of Rs. 4700 crore up to 5 acres of land, health insurance of over 70 percent of the state’s population and development/repair of rural link roads as some examples of the work done by his government. 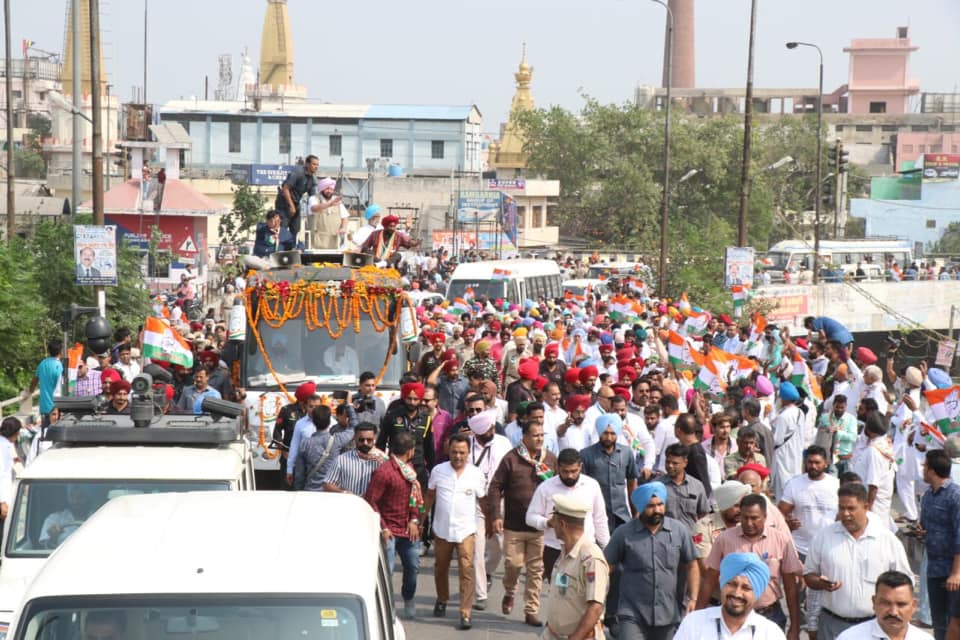 On the issue of joint 550th Prakash Purb celebrations of Sri Guru Nanak Dev ji, Captain Amarinder hoped Sukhbir Badal would not undermine the authority of the Akal Takht Sahib, before which every Sikh bows with reverence.

In response to another question, Captain Amarinder said Punjab had been fighting against the imposition of $20 fee on pilgrims as well as the condition of passport and 30-day advance notice by pilgrims. The state government had taken up the issue with the Centre to prevail upon it to resolve the matter with Islamabad and ensure `khulle darshan deedar’ of the historic Kartarpur Gurdwara for the Sikh community.

On the issue of transport mafia, the Chief Minister said that the issue was pending in the High Court. He said that whenever his Government made any law in this regard, it was challenged in the court, thus obstructing its implementation.

The Chief Minister expressed the confidence that Congress Party would register massive victories in all the four constituencies.