Chandigarh, December 8: To protest against the alleged attack on their party leaders by Congress workers at Mallanwala on Thursday, SAD activists on Friday blocked traffic at various place across Punjab. SAD-BJP leaders blocked the National Highway No 1 at Ladowal Chowk in Ludhiana district. 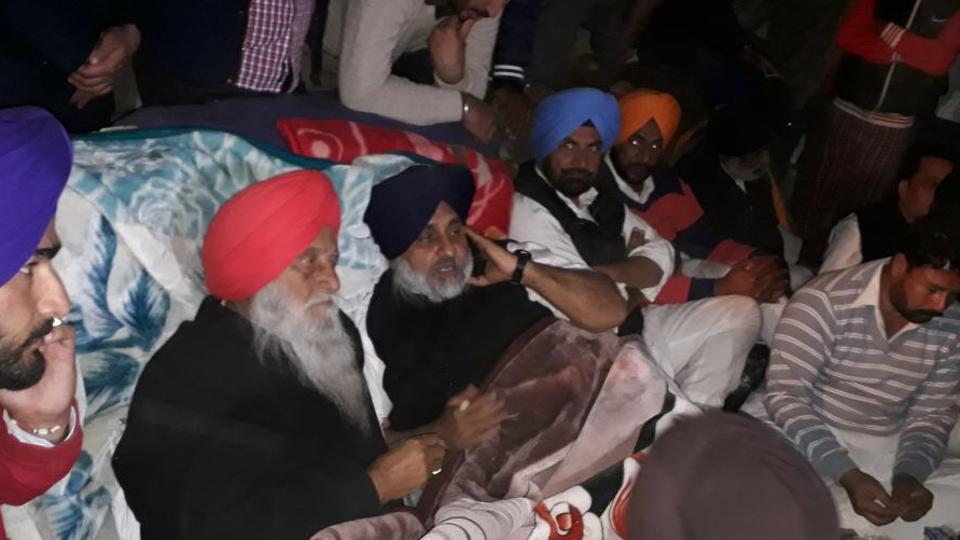 Raising slogans against the Congress government, Akali leaders sought cancellation of cases registered against the party leaders and action against Congress activists who had allegedly attacked SAD leaders. They announced that their protest would continue till their demands were met.

Following this, many vehicles, including buses, were stuck in traffic snarls. Meanwhile, traffic was diverted through various places including Rahon Road, Phillaur, among others. 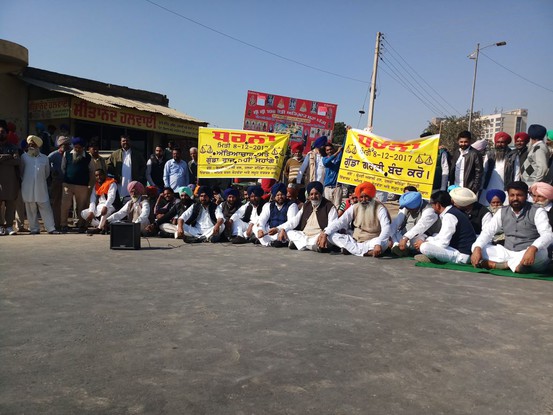 Commuters were a harried lot. Suman of Jalandhar said, “The bus staff asked me to cover the remaining distance from Ladhowal to Ludhiana on my own as the bus could not move ahead because of the protest. I had to attend the funeral of my relative in Ludhiana.”

The protest was led by former Akali minister Sikandar Singh Maluka in Rampura Phul where the protesters blocked the Bathinda-Barnala road.
Former SAD MLA Jeet Mohinder Singh Sidhu led the Akali workers in a protest outside the Talwandi Sabo police station. They were protesting against the registration of a “false case” against the local unit chief of the Youth Akali Dal.

Akali workers led by former MLA Darshan Kotfatta blocked traffic at Jassi Chowk on Bathinda-Mansa road here in the morning. Commuters had a tough time while travelling in the district, as they were forced to take the link roads inside villages to reach their destinations. 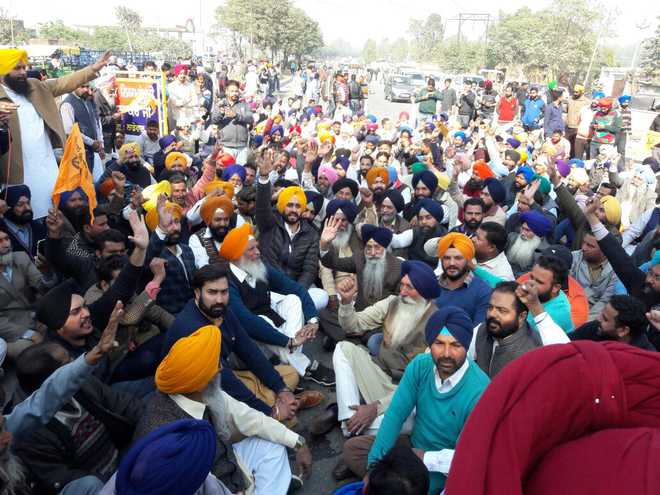 Party activists sat in the middle of the ROB in Sunam, which not only affected traffic on the busy Chandigarh-Mansa road but also caused problems to locals as the traffic was diverted through Sunam town. Goldy said they would not lift the dharna till action was taken against the Congress men. SAD leaders also blocked roads in Dhuri, Bhawanigarh, Lehragaga and other areas of the district.

Meanwhile, former chief minister Parkash Singh Badal celebrated his 90th birthday at his native Badal village on Friday. Badal said he was happy today not because it was his birthday but because son Sukhbir Singh Badal was lodging a protest in support of party workers. “For me, the party comes first and the family later. Sukhbir has also shown that today,” he said.