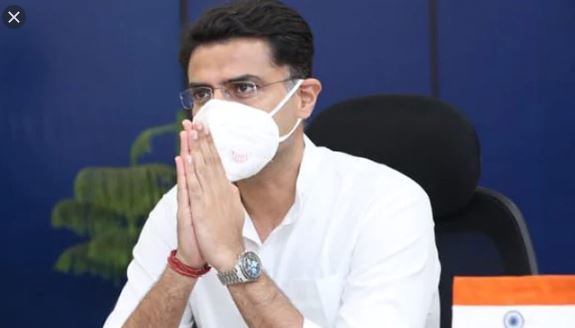 Rajasthan deputy chief minister Sachin Pilot on Monday turned down his party’s invitation to attend the next meeting of Congress lawmakers, sending a clear message that the party’s unequivocal support for his boss Ashok Gehlot hadn’t persuaded him to change his mind.

Leaders close to Pilot, who is leading a rebellion against Ashok Gehlot in Rajasthan, announced his stand within minutes of Congress leader Randeep Singh Surjewala extending the party’s second invitation to him. Pilot had turned down a public appeal by party leaders ahead of the first meeting on Monday afternoon.

“If there are some differences with someone, then they should say that with an open mind. Sonia Gandhi and Rahul Gandhi are ready to listen to everyone and find a solution,” Surjewala said later in the evening, announcing that Congress legislators would meet again on Tuesday morning. Pilot’s camp says he hasn’t requested a meeting with either over the last few days, a signal that he didn’t expect much from them either.

“We request Sachin Pilot and all MLAs to come, we’ll also give them in writing. We’ve requested them to come and discuss the situation,” Surjewala said

The request was seen as an effort by the party to demonstrate that it was willing to accommodate the concerns of Pilot, who is also the Rajasthan Congress unit chief.

Pilot and a group of lawmakers loyal to him kept away from Monday’s meeting. But Congress leaders underlined that Gehlot still had the majority support in the Rajasthan Assembly after accounting for the support from other parties and Independents.

Before Sachin Pilot made it clear that he and Gehlot couldn’t work together, the Congress government had the support of 125 lawmakers in the 200-member assembly. Pilot’s camp had claimed on Sunday evening to have the support of 30 Congress lawmakers, and the Rajasthan government was reduced to a minority. Gehlot’s show of strength in Jaipur suggested that some MLAs who may have been counted by Pilot in his group may have switched sides.

Sachin Pilot’s camp, however, suggested that too much was being made of the legislature party meeting held in the lawns of chief minister Ashok Gehlot’s official residence. One Pilot aide said the outcome would be different if the headcount is conducted on the floor of the assembly or before the governor.

The Pilot camp asserts that the first round of the battle had chipped away at the Gehlot government’s support base in the legislature. The government would have put out a list of lawmakers who are supporting Gehlot if he had the clear support of lawmakers from the Congress and allies.