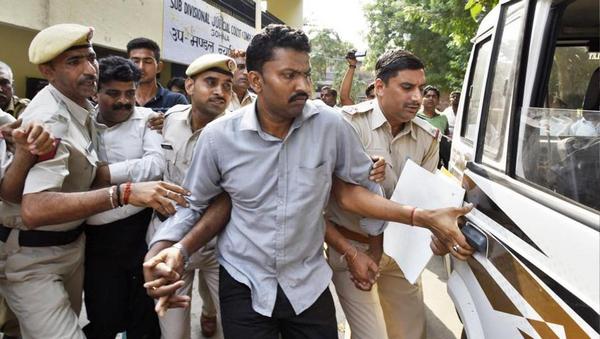 New Delhi, Sep 13: An administrator of Ryan International School, arrested for negligence in the murder of an eight-year-old boy, on Wednesday requested the Supreme Court to transfer his case from Gurgaon to a Delhi court.

Francis Thomas, the administrator of school’s north zone, told the court that lawyers in Gurgaon and neighbouring Sohna were not ready to represent him or other accused in the case.

Thomas was arrested on September 10, two days after the Class 2 student of Ryan International in Bhondsi, near Gurgaon, was found with his throat slit outside a school toilet, a murder that shook the country with parents seeking stringent action against the private school chain.

Thomas’s lawyer senior advocate KTS Tulsi told a bench headed by Chief Justice of India Dipak Misra that the district bar associations of both places had passed a resolution on September 9 not to defend the accused.

Lawyers from Delhi were physically prevented from appearing in the district court, Tulsi said, adding it amounted to denial of justice and violated the accused’s right to fair trial.

Francis wants the case to be heard by a Saket court.

The SC will next hear the case of September 18.

The top court had on Monday sought replies from the Centre, Haryana and others on a petition filed by the boy’s father for a CBI probe into his son’s murder.

His son’s death was a cold-blooded murder and police had failed to unearth the conspiracy, the father said as he also sought safety guidelines for schools so that such incidents were not repeated.