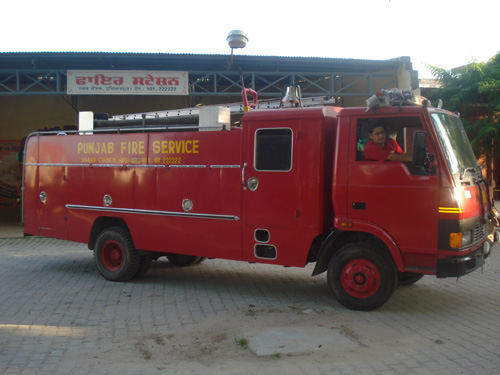 Chandigarh, November 29, 2017: Punjab Chief Minister Amarinder Singh had already approved Rs 43 Crores and the government is in the process of getting Rs 200 crores from the World Bank for upgradation of the fire services in the state, Local Bodies Minister Navjot Singh Sidhu said on Wednesday.

The fire services will be completely modernised and upgraded within the next three years, Sidhu told the Vidhan Sabha in response to a question by MLA NK Sharma.

Of the Rs 43 crores sanctioned by the Chief Minister, Rs. 7 Crores had been earmarked for buying fire clothing and safety equipment for the firemen across the state, said Sidhu, adding that all the required 550 fire tenders will be made available, along with mandated staff allocation, over the next three years. With this, the mandated limit of one fire tender for every 50,000 people would be achieved, he added.

Pointing out that lack of trained staff was a major challenge in providing timely services, Sidhu said that the department had already initiated the process of fresh hiring and 46 fire employees would be inducted soon.

Lambasting the previous SAD-BJP misrule for the current dilapidated condition of fire tenders across the state, the minister said that from 2007 to 2013, a sum of Rs 32 Crores were granted by the Central government to the state but the SAD government failed to spend anything and did not submit the utilisation certificate to the Centre, which then put Punjab in the red zone.

Even during 2013, a huge sum of Rs 92 Crores were approved for disaster management but only Rs. 17 Crores was utilised, Sidhu disclosed in the House.