Chandigarh, January 14: The Water Resources Department, Punjab has announced the Rotational Programme of canals for irrigation in the Rabi Season from 15th to 22th January, 2020. 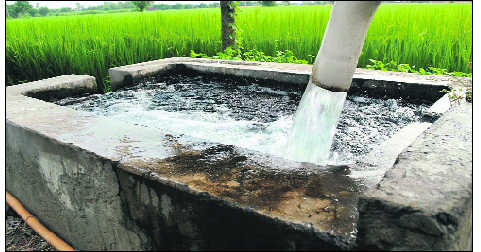 Disclosing this, an official spokesperson of the department said that the direct distributaries of Bhakra Main Line (BML) in Group A being in the channels of first preference will run to their indent. Balance water available would be utilized in Ghaggar branch and Patiala minor in Group B respectively.

He further said that Punjab channels and branches off-taking from Harike and Ferozepur Head Works i.e. all the direct distributaries of Sirhind Feeder in Group A being in the first preference would run to their indent and the balance water supplies available will be utilized in Abohar branch lower off-taking from Sirhind feeder and its distributaries/minors in Group B.

The spokesperson also said that the channels off-taking from Upper Bari Doab Canal i.e. Sabhraon Branch with its distributaries being in the first preference will run to their indent and the balance water supplies available will be utilized in Kasur Branch, Main Branch Lower and Lahore Branch with their distributaries respectively.