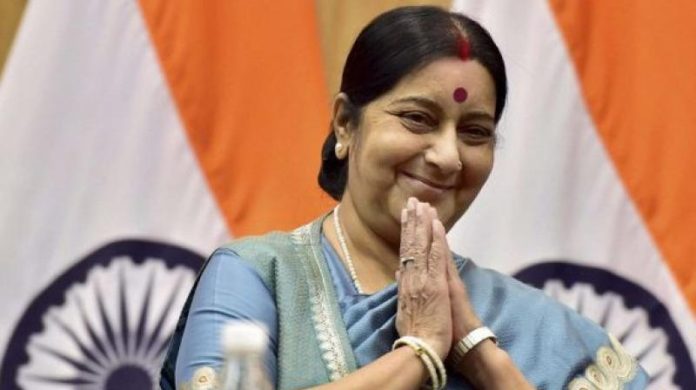 NEW DELHI, AUGUST 6: Sushma Swaraj, former foreign minister and one of BJP’s most loved leaders, died this evening after a cardiac arrest. 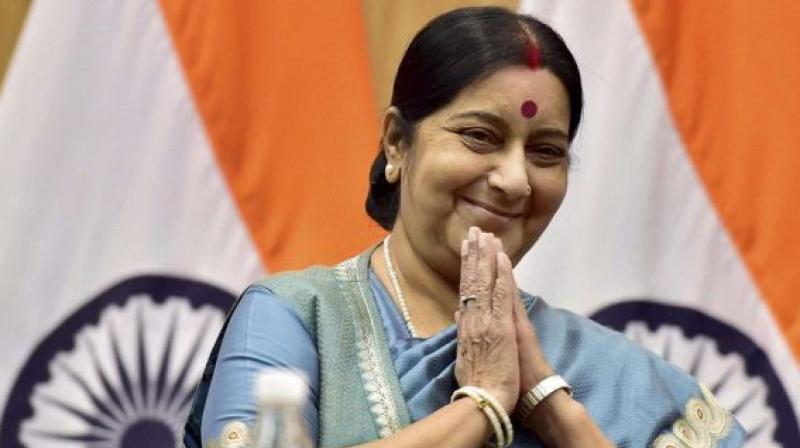 Her sudden death shocked the nation, where millions adored her for her swift response to distress calls on Twitter from Indians in any corner of the world. Describing her death as a “personal loss”, Prime Minister Narendra Modi said a “glorious chapter in Indian politics has come to an end”.

Ms Swaraj was rushed to Delhi All India Institute of Medical Sciences by her family sometime after 9 pm when she was taken ill. Despite the late hour, a number of her party colleagues and ministers reached the hospital. Among the first to arrive were Nitin Gadkari, Dr Harshvardhan, Rajnath Singh and Smriti Irani.

The 67-year-old, who had a kidney transplant three years ago, had not been keeping well lately. Due to health reasons, she had not contested the recently held Lok Sabha election and opted out of Prime Minister Narendra Modi’s new government.

Hours before her death, Ms Swaraj had tweeted congratulating Prime Minister Narendra Modi over the passage of the Jammu and Kashmir Reorganisation bill in parliament.

“India grieves the demise of a remarkable leader,” said PM Modi on Twitter. “She played a key role in bettering India’s ties with various nations. As a minister we also saw her compassionate side, helping fellow Indians who were in distress in any part of the world,” he said.

Sushma Ji’s demise is a personal loss. She will be remembered fondly for everything that she’s done for India. My thoughts are with her family, supporters and admirers in this very unfortunate hour. Om Shanti.

The reference was to her extraordinary response through her term as Foreign Minister to tweets that sought help from her. They ranged from seeking information on relatives stranded in avalanches in other countries to families who needed help in bringing a relative’s body home from a foreign nation. Hundreds of people sent their wishes and thanked her when it became clear that she would not be part of PM Modi’s government in its second term.

I can’t forget the manner in which Sushma Ji worked tirelessly as EAM in the last 5 years. Even when her health was not good, she would do everything possible to do justice to her work and remain up to date with matters of her Ministry. The spirit and commitment was unparalleled.

An excellent administrator, Sushma Ji set high standards in every Ministry she handled. She played a key role in bettering India’s ties with various nations. As a Minister we also saw her compassionate side, helping fellow Indians who were in distress in any part of the world.

Sushma Ji was a prolific orator and outstanding Parliamentarian. She was admired and revered across party lines.

She was uncompromising when it came to matters of ideology and interests of the BJP, whose growth she immensely contributed to.

In his message, President Ram Nath Kovind said Ms Swaraj “epitomised dignity, courage & integrity in public life”.  “Ever willing to help others, she will always be remembered for her service to the people of India,” his tweet read.

Extremely shocked to hear of the passing of Smt Sushma Swaraj. The country has lost a much loved leader who epitomised dignity, courage & integrity in public life. Ever willing to help others, she will always be remembered for her service to the people of India #PresidentKovind

Former President Pranab Mukherjee described her as am “astute parliamentarian, an effective orator & an excellent humane leader”. “Hers was a story of hard work to heights,” his tweet read.

Shocked beyond words & distressed at the passing away of Smt #SushmaSwaraj. An astute parliamentarian, an effective orator & an excellent humane leader, she will forever be remembered and missed. Hers was a story of hard work to heights!
My deepest condolences and prayers.

I’m shocked to hear about the demise of Sushma Swaraj Ji, an extraordinary political leader, a gifted orator & an exceptional Parliamentarian, with friendships across party lines.

My condolences to her family in this hour of grief.

May her soul rest in peace.

A nine-time parliamentarian, a fabulous orator and a gifted administrator, Sushma Swaraj became the youngest minister of a state, Haryana, back in 1977.

A former lawyer of Supreme Court, she started her political career with Akhil Bharatiya Vidyarthi Parishad in the 1970s.

After the death of senior party leader Pramod Mahajan in 2006, Ms Swaraj emerged as the most prominent face among the Gen Next leaders of the BJP.

She grew in stature after the BJP, contesting the 2009 Lok Sabha polls under the stewardship of LK Advani, failed to dislodge the Congress-led UPA government from the Centre. Mr Advani, who was then 86, had to make way for Ms Swaraj, as Leader of the Opposition in the Lok Sabha.

Before stepping into the foreign minister’s office, Sushma Swaraj has been the chief minister of Delhi, and later held the portfolios of information and broadcasting, and health in the NDA government led by Atal Bihari Vajpayee.

Union minister JP Nadda said people would be able to pay their respects to Ms Swaraj at her residence till 11 am and the BJP headquarters from noon. The funeral will be held later in the evening.