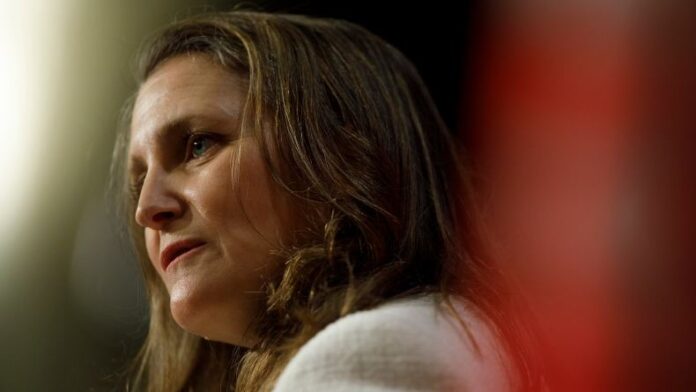 The RCMP says it is investigating the verbal harassment of Deputy Prime Minister Chrystia Freeland that occurred in Alberta on Aug. 26, saying it “takes threats against public officials seriously.”

Video of the incident circulating widely on social media shows a man yelling profanities at the minister in the lobby of Grande Prairie’s city hall, calling her “traitor” and a “f—ing b—-” as she and her staff entered an elevator. 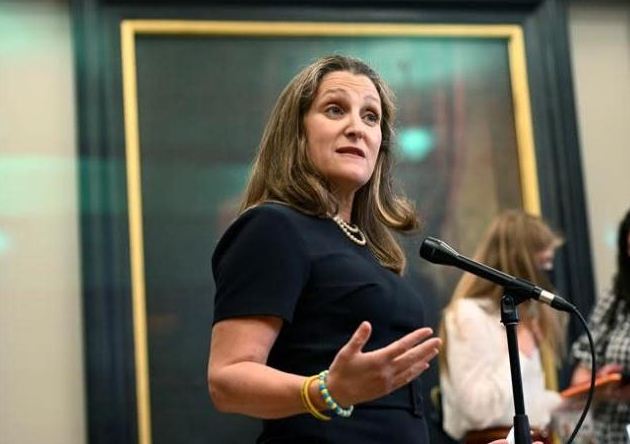 “Get the f— out of this province!” the man can be heard yelling, while another woman tells the Peace River, Alta.-born Freeland: “You don’t belong here.”

The RCMP said Tuesday that “physical action and statements made in person or online can have a significant impact and can be against the law. When the threshold for a criminal charge is met, the RCMP or the police of jurisdiction may arrest and lay charges.”

If the criminal threshold is not met, Duval said that the RCMP will examine “the threats and derogatory comments from an intelligence perspective.”

After the footage emerged over the weekend, politicians of all stripes have expressed their support of Freeland and condemned harassment.

Freeland responded to the incident Saturday, calling the situation “wrong.”

“Nobody, anywhere, should have to put up with threats and intimidation,” Freeland said.

On Monday, Public Safety Minister Marco Mendicino said that he was looking into options when it comes to increasing security for politicians, and that as the security situation becomes “more and more complex,” there’s a need to “bring the temperature down.”

The national police force said that while it won’t comment on specific security measures in place around Freeland, members of Parliament can receive RCMP protection in Canada and abroad “as needed.”

Protection for politicians is “intelligence-led,” “proportional” to the threat, and continuously reviewed, Duval said.

“The RCMP is committed to safeguarding Canadian dignitaries who fall under the RCMP’s purview, including members of Parliament and ministers of the Crown, based on the latest threat and risk assessments,” she said.