Chandigarh, April 19: Former Punjab chief minister Parkash Singh Badal on Wednesday backed death penalty for rapists. “Reading news of rape is a very painful experience, and shameful for the country. We must respect women. Anyone indulging in heinous crime against women should be hanged,” said the Akali patriarch. He was speaking at the 18th anniversary function of the Chandigarh edition of the Hindustan Times.

Referring to the press as the fourth pillar of democracy, he recounted that he was jailed for 19 months “for fighting for the freedom of the press and for human rights”. Badal was jailed in 1975 when the then Congress government imposed Emergency in the country.

Congratulating the HT team, Badal said that very few people are aware of the fact that the newspaper was started by Sunder Singh Lyallpuri, a leader of the Akali Dal. “It is the first newspaper I pick up to read with my morning tea.”

Taking the plea that “65% of the population of the country is involved in agriculture”, he said newspapers should devote a page to the subject. 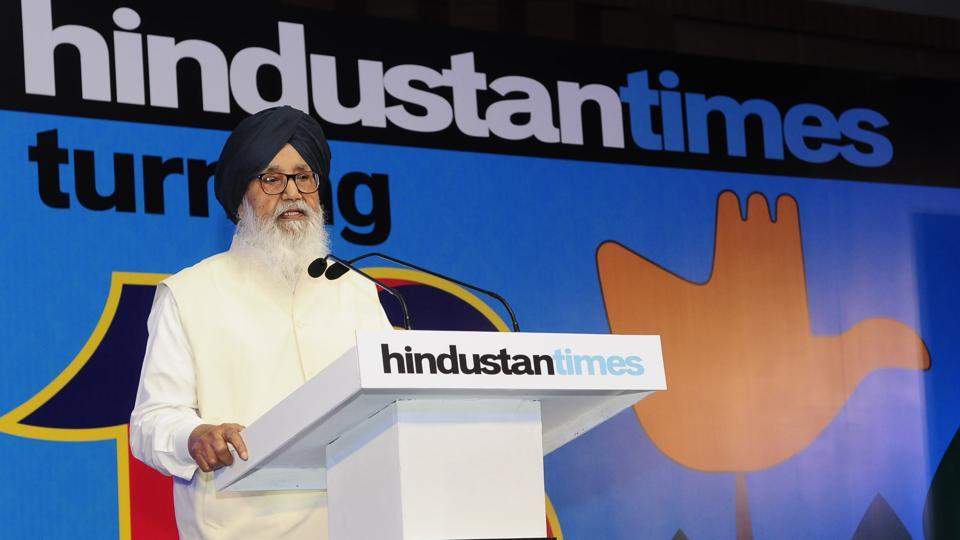 About governance, obliquely referring to poll promises made by the Congress that succeeded his regime in Punjab in March last year, he said, “A government cannot give jobs to all the youth, but it can train them with a skill.” He urged the government not to shut schools that he opened for poor and deserving students.

Referring to the days of terrorism, he said Punjab suffered a lot in the past, and maintaining peace and communal harmony in state and country is the most important thing “for which the political parties should come together”.

Badal also proposed that chief ministers of the three neighbouring states — Punjab, Haryana and Himachal Pradesh, whose CMs were present at the function — should meet at least twice a year to resolve issues. “The issues of river water and pollution need to be discussed. The seasonal river Ghaggar is getting pollutants from Himachal Pradesh which should be dealt with,” he said.