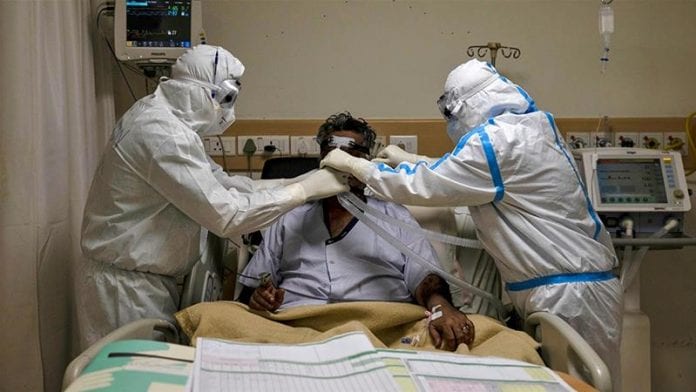 In the highest-ever single-day spike, the state reported 1,049 Covid cases and 26 deaths. With the fresh cases, the state count has crossed the 20,000 mark.

Once again, Ludhiana witnessed the highest number of casualties as 13 deaths were reported in the past 24 hours. Seven deaths were reported from Jalandhar, one each from Ferozepur, Gurdaspur, Amritsar, Patiala, Sangrur and Tarn Taran. Apart from that, 150 patients are on oxygen support and 26 are critical and on ventilator support.

A spike in cases has also been witnessed in Ropar where 31 persons tested positive today. With this, the total number of active cases in the district has touched 82 while 239 patients have already recovered. Ropar Civil Surgeon HN Sharma said the cases were reported from different parts of the district, like rural and urban areas of Ropar, Nangal, Anandpur Sahib, Chamkaur Sahib and Morinda. Dr Sharma said samples of over 300 people were being collected daily to contain the virus spread by isolating the infected. While 338 samples were collected today in the district, a total of 23,255 people have been tested, he said. The district has reported five deaths so far.