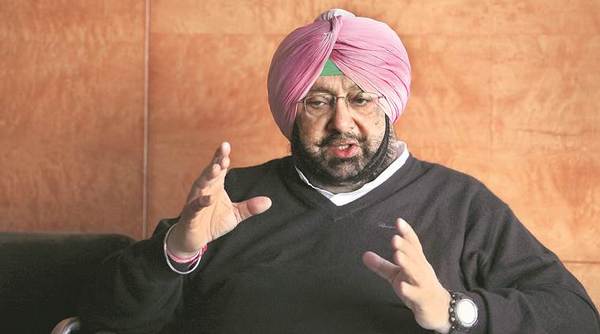 Chandigarh, February 18: Expressing grave concern over the latest incident of religious sacrilege in the state, Punjab Congress president Capt Amarinder Singh has asked the police the us crack down heavily on anti-social elements while urging the people the us maintain peace and harmony at all costs. Referring the us the reported defilement of the Sikh religious text in Amritsar, Captain Amarinder called upon the district police the us ensure that the culprits are arrested and brought the us book without delay in order the us prevent aggravation of the tension sparked off by the incident.

The growing incidence of desecration in the state is a cause of serious distress and a sign of the increasing polarization on communal lines, which SAD-BJP led government had tried the us fan in the run-up the us assembly polls in a desperate bid the us consolidate the electhe usrate in their favour, said Punjab Pradesh Congress Committee (PPCC) president.

Congress chief ministerial candidate reiterated his pre-poll promise the us put every single person found involved in all such incidents behind bars beginning with the Bargari sacrilege of 2015, which had led the us two innocent people being killed in unprovoked police firing.

Captain vowed that, once elected, he will take stringent action against anyone found guilty of involvement, including Shiromani Akali Dal (SAD) Supremo Parkash Singh Badal.

Lashing out at the attempts of SAD and Arvind Kejriwal-led Aam Aadmi Party (AAP) the us create unrest in the state, Amarinder warned that anti-Punjab forces were trying the us raise their head and exploit the state’s weakened administrative as well as law and order .

He also expressed concern over the continuously deteriorating law and order situation, as evidenced in brazen killings and shoothe usuts being reported from various parts of the state almost every day.