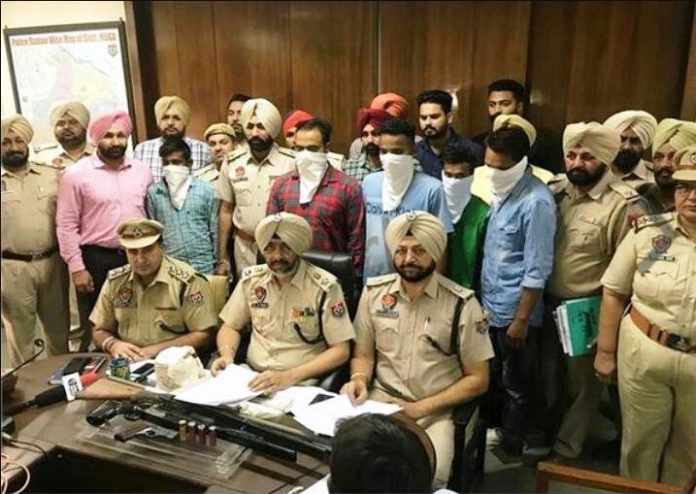 Chandigarh, Jan 5: In an ignominous first, a senior officer of the Punjab Police is under the scanner for his alleged links to drug traffickers. 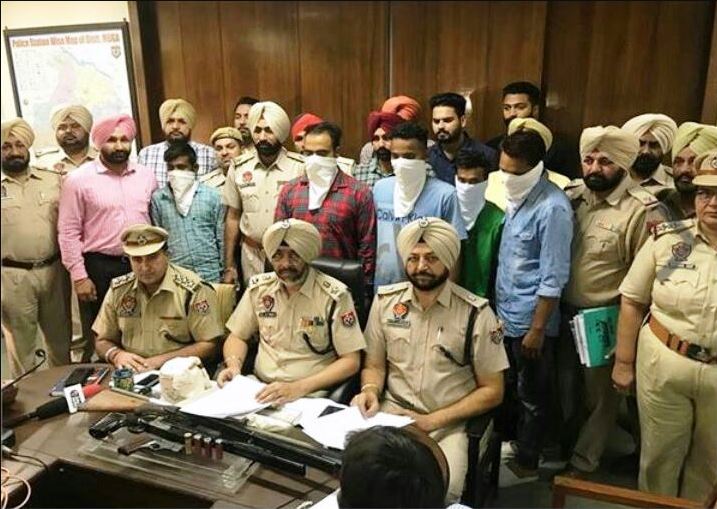 Raj Jit Singh, an IPS officer posted as senior superintendent of police (SSP) in Moga, allegedly facilitated an inspector, Inderjit Singh, in helping drug smugglers get away by botching up investigations after they were arrested.

A special investigation team (SIT) of the police, constituted by the Punjab and Haryana High Court, has begun a probe against the SSP. But this isn’t the first time the Punjab Police is being linked to the drug problem in the state.

There are nearly two dozen cases of junior policemen being accused of peddling drugs, helping peddlers or even smugglers in the supply chain.

According to the information gathered in 2017 by a Special Task Force (STF) on drug control created by the chief minister, 23 cases registered under the Narcotic Drugs and Psychotropic Substances (NDPS) Act had the active involvement of government employees, largely policemen and jail staff.

Inderjit Singh, in-charge of the criminal investigation agency (CIA) at Kapurthala, was arrested along with ASI Ajaib Singh and a retired DSP, Jaswant Singh, in June this year by the STF.

In at least three cases of major seizure handled by Inderjit fell flat in court due to glaring loopholes in the probe. In one such case, eight accused were acquitted even after recovery of 19 kg of drugs.

Raj Jit’s name figured in the interrogation of Inderjit as his “patron” following which Raj Jit was grilled by the STF at length. On 20 November, the STF filed a challan in the court against Inderjit Singh who was also dismissed from service.

Pleading innocence, SSP Raj Jit moved the high court last month alleging that the STF chief Harpreet Singh Sidhu was inimical towards him following which the court shifted the probe to an SIT headed by DGP (HRD) Siddhartha Chattopadhyaya.

The STF itself has got 6 NDPS cases registered where policemen are the main accused. Apart from the case in which inspector Inderjit Singh and two others are the main accused, the STF has booked nine policemen in the rest of the cases. A constable Vikram Singh was booked with three others after almost 240 kg of poppy husk was recovered in July this year.

Punjab DGP Suresh Arora said the involvement of policemen in the drug trade was an aberration. “Most of the personnel booked in NDPS cases have been dismissed from service. No concession is shown to them,” Arora told ThePrint.

“Regarding drug users within the police, we offer counselling wherever such a case is brought to our notice. For all fresh recruitment, passing a dope test was made mandatory in 2016 when we last recruited staff,” added Arora.

In May 2017, the head warden of Central Jail Bathinda was booked after a large number of pharmaceutical tablets were recovered from him. Similarly, Patiala jail warden and the assistant superintendent jail were arrested in October 2017 under the NDPS Act.

In one case, an employee of the irrigation department was arrested for carrying opium in Patiala in November 2017 while a clerk from Faridkot working in the chief minister’s office was arrested in June with tablets and heroin.

In 2016, at least 14 cases were registered against government employees under NDPS.