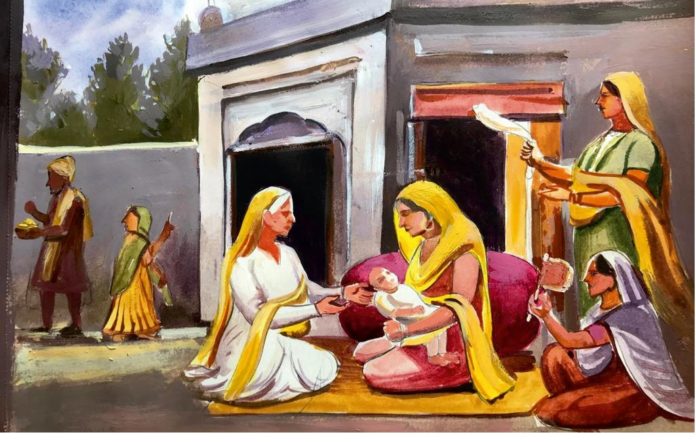 Chandigarh, July 6: The Punjab government has decided to name 37 Mother and Child Healthcare (MCH) Hospitals setting up in the state after the name of Mai Daultan, who took care of Sri Guru Nanak Dev Ji at the time of his birth.

Mr. Sidhu said that this decision would also provide due recognition to trained staff such as nurses, ANMs and other staff of the department and they will work with more courage, enthusiasm and diligence. He said that the Chief Minister Captain Amarinder Singh while approving this proposal of the Health Department said that the ‘Mai Daultan Mother and Child Hospital’ which were being set up in Punjab would be proved milestone for the health and care of mothers and their newborns. It will be a new milestone in the field of care of new born in govt facilities. The Chief Minister directed the department to periodically review the construction and operational efficiency of these hospitals so that the set targets could be achieved.

Divulging more, the Health Minister said that the construction of 26 MCH Hospitals have already been completed from total 37 Hospitals, while remaining 11 hospitals would be completed within a year under the guidance of Chief Minister Captain Amarinder Singh. Construction of 11 Mai Daultan Mother & Child Healthcare Hospitals is in progress and would be come at a cost of Rs.73.00 Crores which were being set up at Sangrur, Nakodar, Moga, Fatehgarh Sahib, Goniana, Malout, Giddarbaha, Phagwara, Kharar, Budhlada & Jagraon. Since 2017, construction of 9 Maternal and Child Hospitals has been completed at a cost of about Rs. 39.50 crore. (Dasuya, Samana, Malerkotla, Khanna, Tarn Taran, Pathankot, Fatehgarh Churian, Bham and Rajpura).