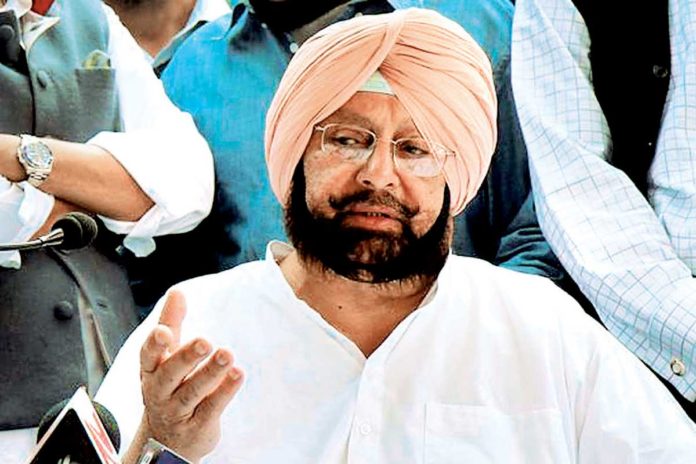 The establishment of such an Authority would help provide products needed to meet the burgeoning demand of food by the world’s growing population, the Chief Minister has written in a communique to Union Commerce Minister Suresh Prabhu.

An Authority of this nature would also enable the sector to address the technological constraints currently inhibiting it and to realize its true potential to provide world-class products and effectively compete in the international marketplace, said Captain Amarinder, pointing out that while there were several such authorities in the Plant sector, the animal sector in India lacked any trade promotion scheme.

The Chief Minister pointed out that the Livestock Sector in the country accounts for 4.11% of the GDP and 25.6% of the total Agriculture GDP, besides 29% of the value of the output from total agriculture and allied sector. Its growth rate is significantly higher than the crop husbandry sector, he further noted, adding that livestock plays an important role in the economy of farmers as it provides them sustainable income, employment, food and social security.

About 20.5 million people, who represent 8.8% of the country’s population and about two-thirds of the rural population, depend upon livestock for their livelihood, with India having the largest bovine population in the world, besides ranking second and third in goat and sheep population respectively. It is the number one milk producer in the world and is number three in egg production, Captain Amarinder further said, underlining the importance of promoting the livestock sector.

He further stressed the need to give priority to export of Livestock products, which would enhance valuable foreign exchange earnings, exponentially increase farmer’s incomes and achieve the target of doubling farmers’ incomes in line with the Government of India’s goal

A largely unorganized sector, Livestock desperately needs technological inputs to have healthy and disease-free animals and to boost acceptability of India’s animal products in the international market, said the Chief Minister.

Captain Amarinder cited the example of the Marine Products Export Development Authority (MPEDA) which promotes holistic development of the marine products industry for export purposes and channelizes annual export of about Rs.30,000 crores worth of fish products by providing services to exporters, farmers and fishermen in terms of processing infrastructure, quality control, technical guidance, capacity building, enrolment of farms etc.

Further, the Agriculture and Processed Food Products Export Development Authority (APEDA) annually handles about Rs.1,10,000 crores worth of Plant and Animal sector exports, of which Animal Products constitute about Rs.30,000 crores (27%), yet APEDA has not adequately addressed the concerns of this important sector, he added.