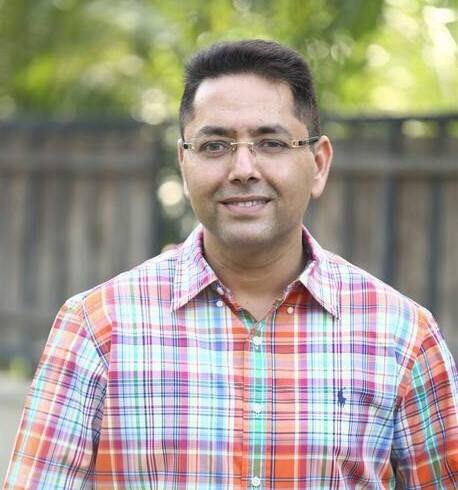 Chandigarh, October 31: The Aam Aadmi Party on Tuesday criticized Punjab chief minister Captain Amarinder Singh for turning a blind eye to the law and order situation in Punjab and politicizing the police administration for the convenience of Congress leaders.

AAP condemned the day light killing of Hindu Sangharsh Sena leader Vipin Sharma and asked the CM to give up home department as he had failed to perform his duty as chief of police department. The leaders of AAP will also meet the Governor in the coming days against the recent killings in the state.

In a joint press statement, leader of opposition Sukhpal Singh Khaira, AAP state co-president Aman Arora and deputy leader of opposition Sarabjit Kaur Manuke said that the state police have failed to stop these recent killings of political people done in a similar way. The criminals are roaming without fear in state and flee from the crime spots easily. The leaders said that appointment of 30 SITs in these cases was just an eyewash as none of it has solved any of the case till date.

AAP leaders said that nothing has changed with the formation of Congress government in state and people are still living under fear. The people of state are forced to send their children to other countries for security purposes.

AAP leader said a delegation of party will meet the Governor of Punjab and will request him to sack Capt. Amarinder Singh from the home ministry to replace it with someone who is serious and capable of correcting the law and order situation. The leaders said that it will also be requested to him to appoint the police officers on merit to stop the politicization of police in state.

Reacting sharply on the statement of former chief minister Parkash Singh Badal about depleted law and order situation in state, AAP leaders said that Badal is just shedding crocodile tears as these happenings started during his tenure and the process of politicization of police was initiated by the Akalis only. Akalis leaders patronized drug traders and criminals to use them for their personal benefits.

Criticizing the attacks on Akali leaders and their relatives, AAP leaders said that they are reaping what they have sown but it should be as per the law of land rather than Congress leaders taking law in their own hands. AAP doesn’t believe in victimization of leaders of any party for political purposes. They asked Congress-Akali leaders to abstain from taking such steps for political motives.