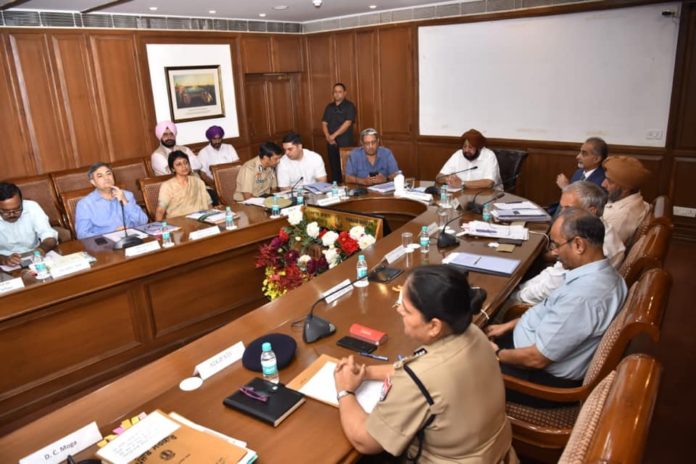 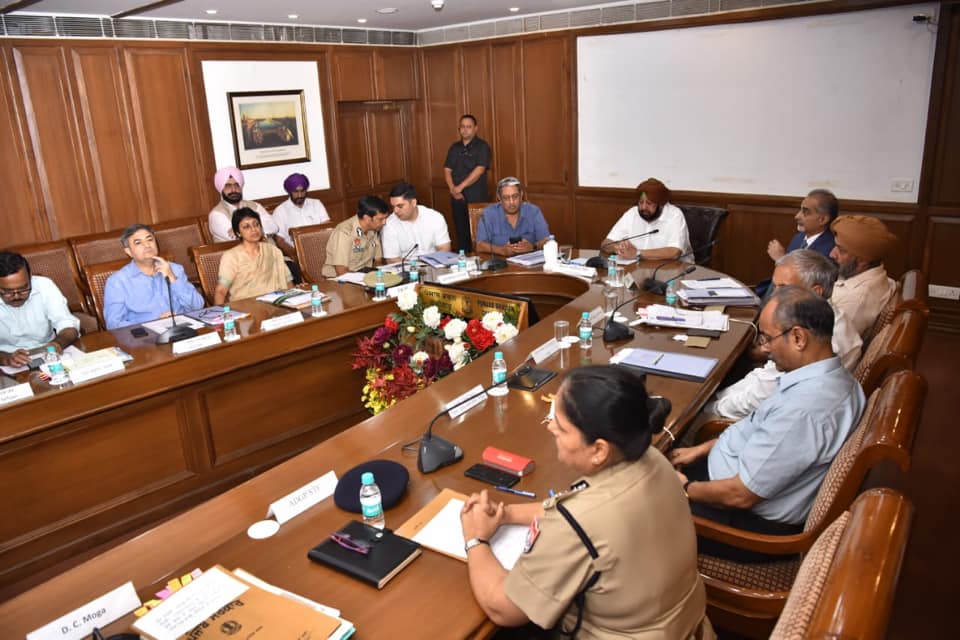 The Chief Minister was chairing a high-level meeting with the DCs to review various programmes and projects, and draw out a roadmap to plug gaps in execution to make the systems more people-friendly and, at the same time, more secure.

Issues ranging from prison safety to drugs, water management, education and the 550th celebration of the brith anniversary of Sri Guru Nanak Devi ji were discussed at the meeting. The Chief Minister expressed satisfaction at the investments facilitated so far in the state, with Rs 50,000 crore worth of projects already grounded.

The Chief Minister announced the government’s decision to give incentives to villages that turn drug-free and work concertedly towards providing treatment and rehabilitation to the addicts. Expressing concern over the acquittal rates in drugs cases, he called for tightening of the prosecution procedures to ensure that drug smugglers do not easily procure bail. He directed the district police to strictly enforce the law to control drug peddling and smuggling, pointing out that the STF alone could not handle the gigantic task.

Captain Amarinder directed the DCs to undertake personal inspections on regular basis, and ensure the welfare of the inmates. Underlining the importance of prisoner welfare, he said jails were not slaughter houses where inmates could be kept and forgotten. It was important, he added, to find ways to keep them busy, including physical training.

Expressing grave concern over the critical water situation in the state, the Chief Minister asked the DCs to go all out to check water wastage and create awareness among the people in their respective districts. He directed them to prepare Water Conservation & Rainwater Harvesting Plans for their districts, with inter-departmental coordination to ensure seamless execution. He further asked them to regularly monitor cleaning of village ponds to store rain water, and also to take steps to promote less-water intensive crops and cropping techniques.

Reviewing the cleanliness drive initiated across the state by his government, Captain Amarinder announced launch of a garbage segregation scheme at the home level to ensure that wet and dry garbage is collected and disposed separately.

Taking stock of the arrangements under way for the 550th Prakash Purab celebrations, the Chief Minister asked the DCs to check the progress of the development works to ensure high level of quality, with community participation in the improvement and cleanliness of the villages linked with the life of the first Sikh Guru and earmarked for the celebrations. He emphasized the need to accelerate the plantation drive identified as an area of improvement and ordered strong focus on maximum plantation for the next 30 days. He underscored the need for plantation of trees in open areas and the roadside, as well as fruit trees in every house.

On the subject of education, Captain Amarinder congratulated the Education Secretary for improving results as well as school infrastructure in the state. He underlined the need for continued and concerted efforts to further strengthen the education system.