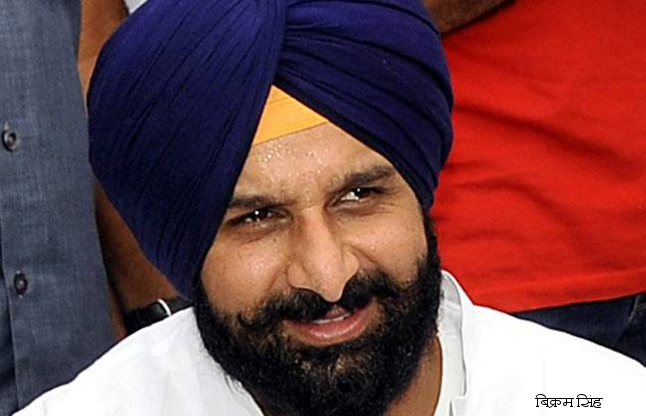 The division bench of Justices Surya Kant and Shekher Dhawan, during the hearing of the Bhola drug case, said the officers who probed the matter related to Majithia “need to be protected,” while going through the report which was presented in a sealed cover. The division bench in November last year had directed the STF head to study a note prepared by the ED Deputy Director Niranjan Singh on Majithia’s alleged role in the case.

The oral observation was made in reference to one of the paragraphs in the report, contents of which were not revealed in the open court. Senior Advocate Anupam Gupta, who represents Niranjan in the case, said the officers including Sidhu and DGP Siddharth Chattopadhyaya, who is looking into the allegations against SSP Moga Raj Jit Singh, needed to be encouraged and protected as they were aiding the court.

“Mr Bikram Singh Majithia continues to be a very influential person. Though he has lost the election in the state, his ally continues to remain in power at the Centre,” said Gupta. “The best of the officers hedge their bets and look towards securing their future. but there are also some officers who regardless take action.”

During the hearing, the bench was also informed that there was a “criminal” angle to the matter and that needed to be looked into by the state.
Sidhu had commenced the probe into Majithia’s role in pursuance to the directions passed by the division bench on an application moved by the Lawyers for Human Rights International saying the ED should be asked to submit a report on what action has been taken on the allegations against Majithia and directions should be issued to the Punjab STF for probing his alleged role in the case.

The application had said ED recorded statements of the three accused, Jagdish Singh Chahal, Jagdish Bhola and Manjinder Singh Aulakh, in 2014 and 2015. They allegedly “disclosed complicity of Bikram Singh Majithia in the drug trade as he has been providing vehicles and gunmen to the international drug mafia.”

During the resumed hearing, a status report was also filed by the SIT, headed by DGP (HRD) Siddharth Chattopadhyaya, tasked by the High Court to look into SSP Raj Jit’s alleged complicity with Inspector Inderjit Singh, who was earlier arrested in a drug case by the anti-drug Punjab STF, and also “in the context of breaking the nexus between the law enforcement agency and drug traffickers.”

The division bench, during the hearing, also ordered that 2015 vigilance probe going on against Inspector Inderjit would be now looked into by the SIT. The state has been prevented from filing any challan in the case till further directions.

While the bench also directed the DGP and Home Secretary to provide subordinate officers like DSP or Inspectors for assistance of the SIT in case a request was made, the agencies like Enforcement Directorate, Narcotics Control Bureau, Income Tax Department and any other state or central government organisation have been also asked to cooperate with the SIT in the probe. The case will now come up for hearing on March 15.

While the SIT has been asked to submit further status report into the allegations against Raj Jit Singh, the state is also expected to apprise the court about its decision.