The decision in this regard was taken during a meeting chaired by the Tourism and Cultural Affairs Minister Mr. Charanjit Singh Channi with the officials of various concerned departments. 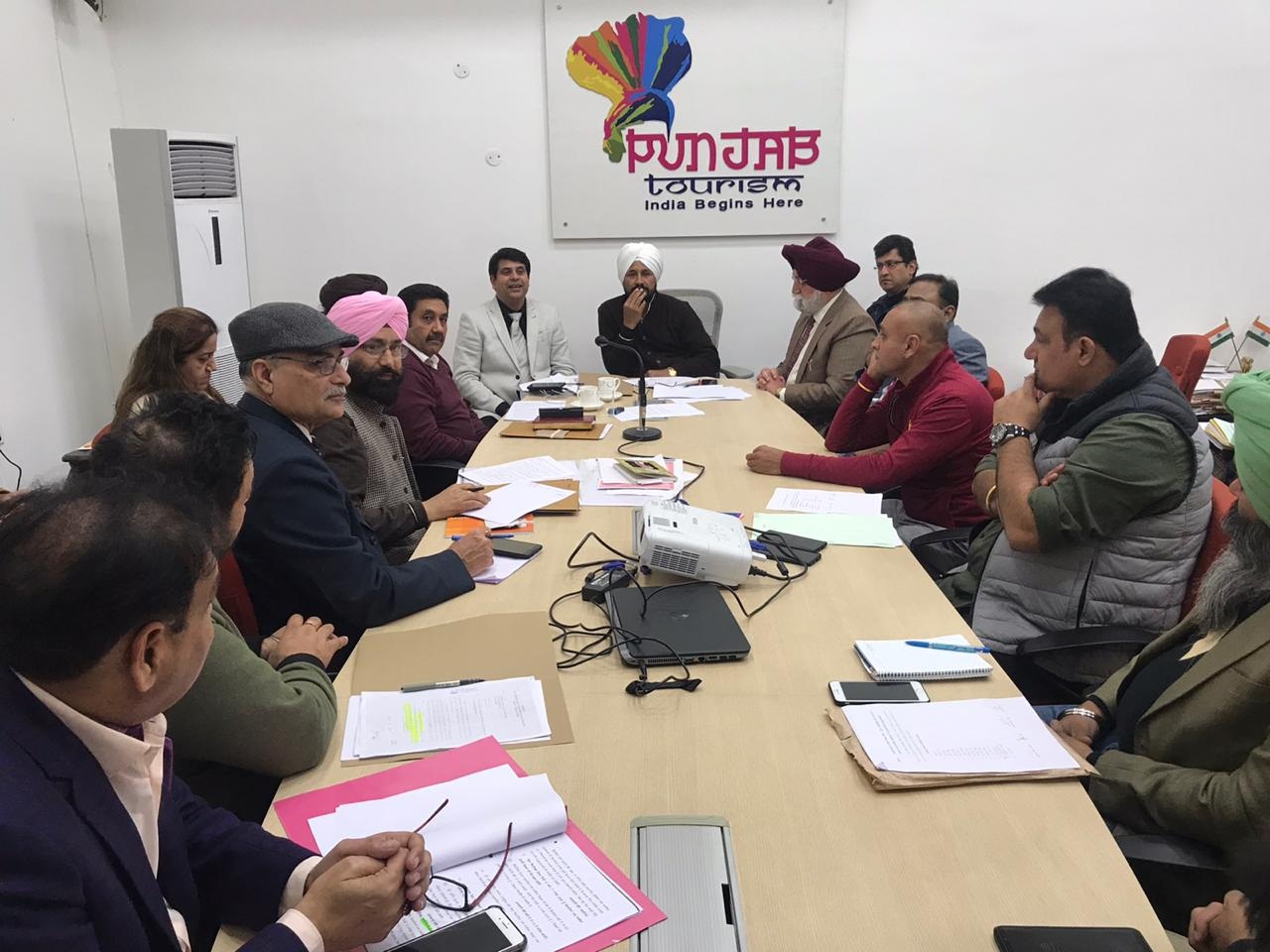 Briefing about the event Mr. Channi said that week long celebrations dedicated to promotion of Punjabi language would be held from 14th February, to 21st February, 2020.

As per the program inaugural function would be held at Punjabi University, Patiala on February 14, 2020. Dr. Surjit Patar and Dr. Waryam Sandhu would present papers on challenges and solutions faced by the Punjabi Language.

Apart from this 11 prominent personalities would be honoured for their contribution for the promotion of Punjabi Language. Mr. Tript Rajinder Singh Bajwa and Mr. Charanjit Singh Channi both cabinet ministers would also grace the occasion.

On 15th February, Punjabi Kavi Darbar and Gazal singing function would be held at Punjab Arts Council Sector-16, Chandigarh. Prominent Punjabi Poets would be honoured on the occasion.

On 17th February, 2020 International Seminar on Punjab Language would be organised at Guru Nanak Dev University, Amritsar and prominent personalities working for the development and promotion of Punjabi Language would be honoured.

On 19th February, Folk Dance and Folk Songs competitions would be held at Guru Nanak Bhawan Ludhiana. Famous Punjabi Singer would also give his performance on this occasion in the evening.

In  the meeting events for the International Punjabi Film Festival-2020 were also finalised which would be held on 16-17 Maech, 2020. The Cultural Affairs Minister Mr. Charanjit Singh would inaugurate the festival and Chief Minister Captain Amarinder Singh would preside over the valedictory function.

During this two day film festival prominent Punjab Films would be shown on the big screen and prominent Punjabi Film Actors, producers, Directors and other technical persons related to this field would be honoured.