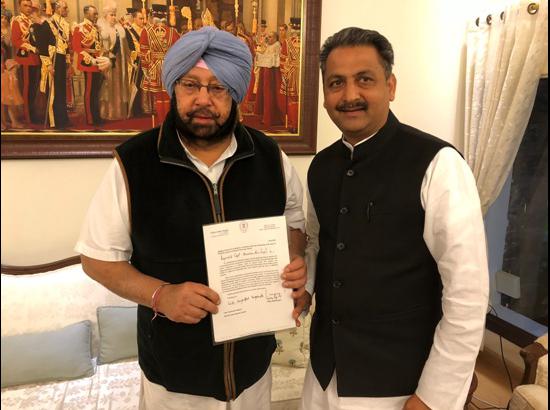 Chandigarh, November 30, 2017: Conceding a major demand of the Aggarwal community, Punjab Chief Minister Captain Amarinder Singh has announced his government’s decision to set up an academic chair and scholarship in the name of legendary king of Agroha, Maharaja Agrasen, at Punjabi University, Patiala. 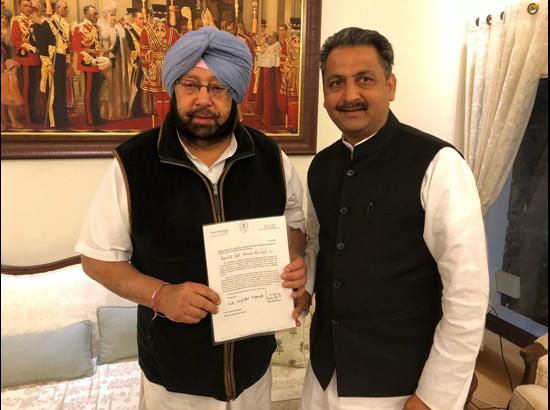 The demand was put before the Chief Minister by Sangrur MLA Vijay Inder Singla on Wednesday evening and the Chief Minister immediately issued orders for the same, said an official spokesperson, adding that Captain Amarinder has directed the Higher Education Department to initiate proceedings for setting up of Agrasen chair in Punjabi University, Patiala.

The Chair, to become operational soon, will prove to be a boon for scholars and researchers to learn about Maharaja Agrasen, who is remembered for his commitment to the upliftment of the underprivileged sections of the society and to the promotion of trade and trader community in Northern India in ancient times.

Singla also apprised the Chief Minister that several social organizations, educational institutes and a university had been named after Maharaja Agrasen in different parts of the country. He also demanded the creation of an endowment fund of a minimum of Rs. 7 crore for smooth functioning of the Chair.