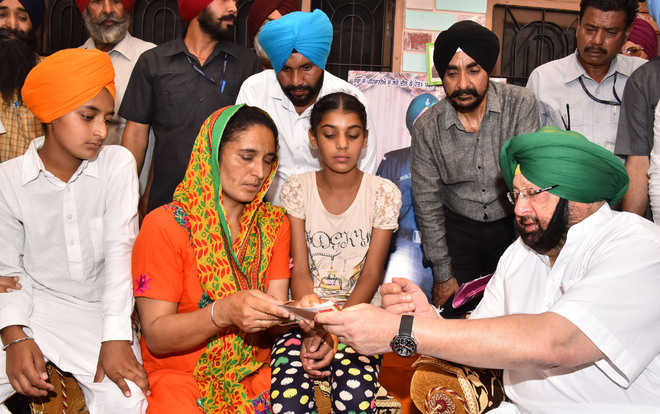 Tarn Taran, May 08: Urging the Centre to adopt a tough policy against Pakistan, chief minister Captain Amarinder Singh on Sunday said Punjab will not sell electricity to Pakistan till normalcy returns in the relations between the two countries.

The CM, who called on the family of Naib Subedar Paramjit Singh who was killed by the Pak army along the Line of Control (LoC) in Poonch sector of Jammu and Kashmir, said, “As far as selling power to neighboring country is concerned, there can be no cooperation till the normalcy returns and environment gets better. In such an atmosphere, we won’t go ahead with this offer.”

Notably, Amarinder had recently taken up the proposal of Punjab selling electricity to Pakistan with Prime Minister Narendra Modi.

The CM said the Centre needs to adopt a tough policy against Pak in view of the present scenario.