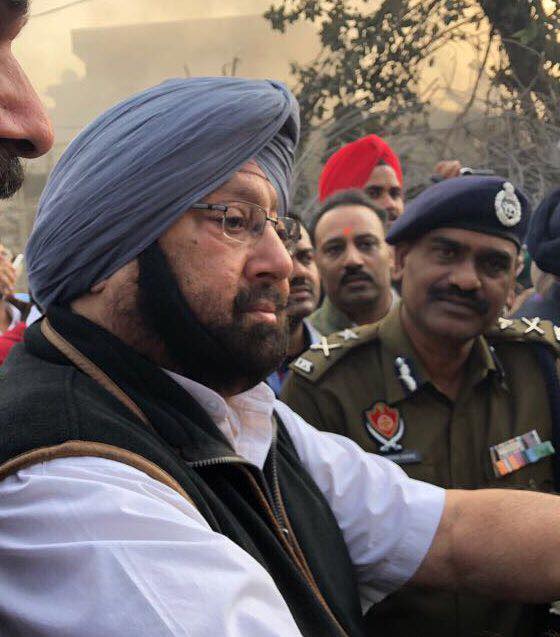 Chandigarh, November 23: Punjab Chief Minister Captain Amarinder Singh has said he will soon take up with the Centre the issue of the pending GST payments, whose delay was causing severe financial problems for the state.

During a discussion in Wednesday’s cabinet meeting, the Chief Minister said he will soon write to Prime Minister Narendra Modi and Union Finance Minister Arun Jaitley in this regard and seek immediate release of not just the Rs 1464 crore pending GST compensation but also the state’s share from the IGST collected by the Centre.

Captain Amarinder shared the concern of Punjab Finance Minister Manpreet Badal on the delay in payment of salaries to government employees and the state’s inability to meet critical expenses in the absence of timely payments on account of GST and Inter-state GST (IGST).

The cabinet was informed that the state had yet to receive Rs 524 crore against GST for the period July-August 2017 and Rs. 960 crore for September-October. Further, it was pointed out that the entire IGST amount was being collected by the central government under the new tax regime and, till October, a total of Rs. 98000 crore had accumulated on this count.

The Chief Minister agreed that since states are equal stakeholders in GST, the Centre should share a part of this sum with states on account basis, over and above what is due to the states as compensation. Even earlier, the floating ITC in VAT system used to live in state treasury, while ITC in central taxes used to be with the Centre, he noted.

Captain Amarinder said with the Centre holding back on these payments, the already cash-crunched state government, reeling under huge debts inherited from the previous SAD-BJP regime, was facing acute financial problems. The central government could not wriggle out of its responsibility to the states, he said, and added that better management and implementation was needed of the GST system in the interest of the states and the nation.

How can the state governments function if the centre reneges from its responsibility and sits on their money, the Chief Minister said, adding that he would pursue the matter with the central government till it releases the pending payments to the state.