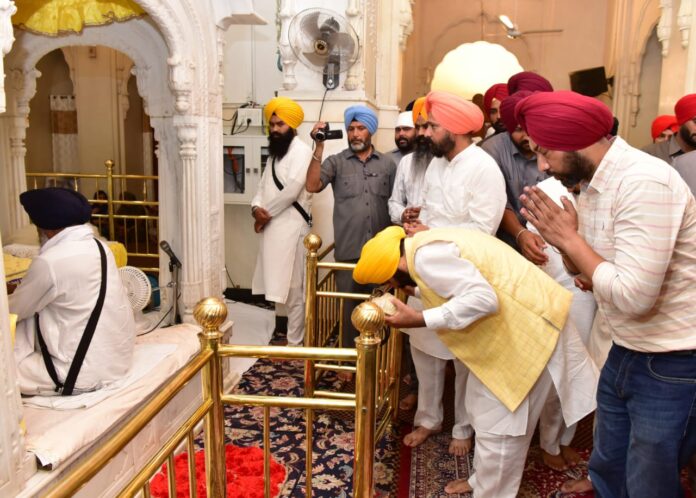 The Chief Minister said that this sacred land is a source of inspiration for not only Sikhs but the entire humanity. Bhagwant Mann said that martyrdom of Sahibzada Zorawar Singh and Sahibzada Fateh Singh along with Mata Gujri ji at this pious land had since ages inspired Punjabis to fight against injustice, tyranny and oppression . He said that the supreme sacrifice made by the younger Sahibzadas at a tender age hardly finds any parallel in the world history.

Bhagwant Mann said that he prayed to Almighty that his government’s every action should be aimed at making Punjab a front runner state in the country. The Chief Minister also prayed that the ethos of communal harmony, peace and brotherhood are strengthened in the state with every passing day. He said that people of state have given such a whopping mandate to his government, so he had paid reverence at this holy place to seek blessings of the almighty to fulfil all the aspirations of people.

Later on interacting with the media, the Chief Minister said that as every year lakhs of pilgrims visit this place during the Shaheedi Sabha so the state government will give a complete facelift to this town. He said that a viable mechanism will be put in place to ensure that no pilgrim faces any sort of problem during their visit.