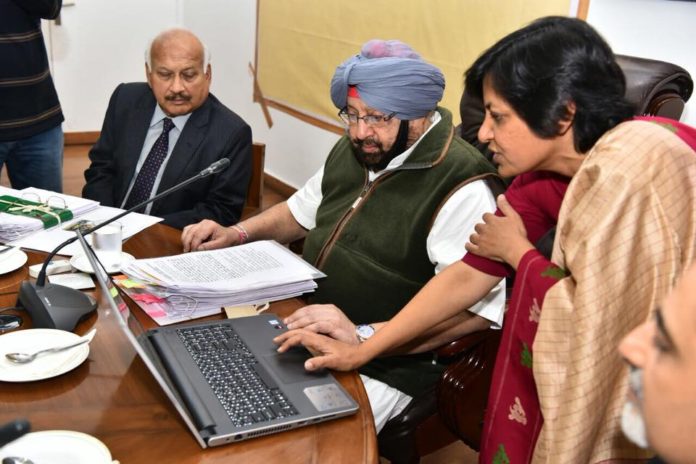 On the occasion, witnessed by the state council of ministers, the Chief Minister also launched a pilot Electronic Total Station (ETS) programme in the five districts of Amritsar, Jalandhar, Ludhiana, Patiala, SAS Nagar (Mohali), facilitating simplification of the complex process of land demarcation, as part of his government’s citizen-centric focus. 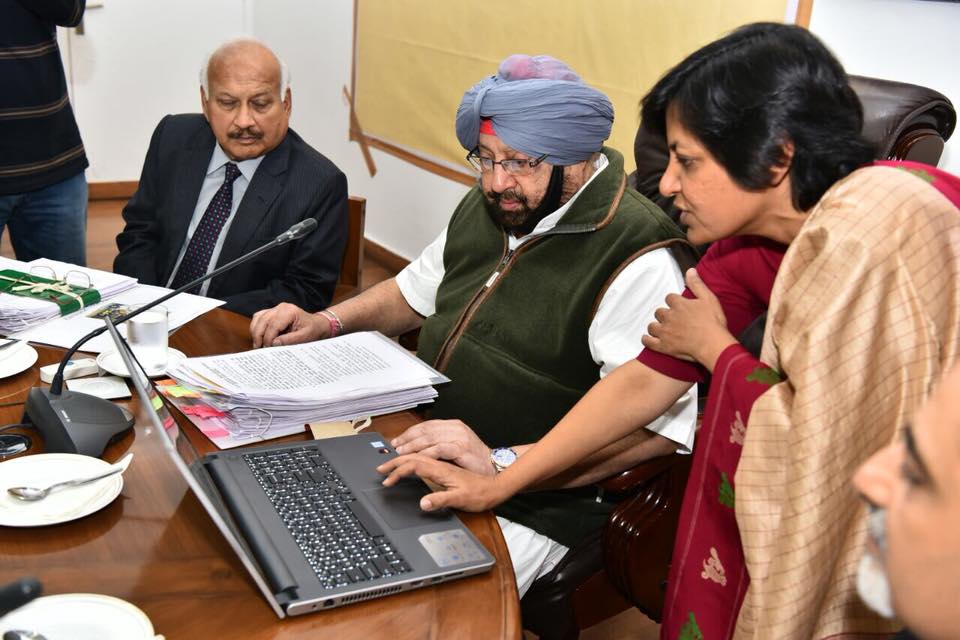 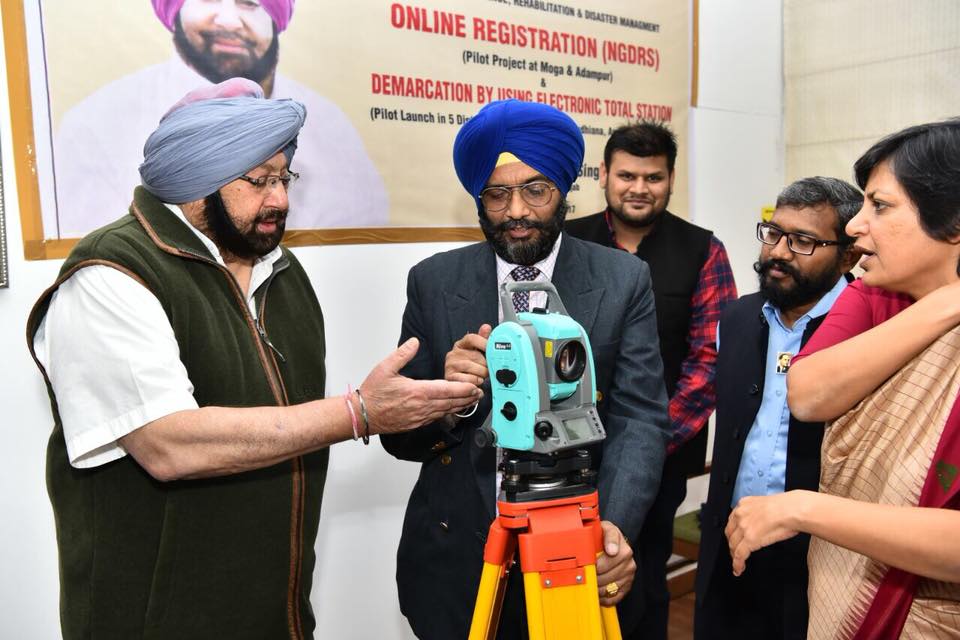 The Chief Minister directed the Commissioners and DCs participating in the video conference that he expected the Revenue Administration to provide fair, transparent and responsive governance. He further instructed them to ensure that all cases pending in revenue courts for over a year are cleared before 31st March 2018.

Stressing the need to build a citizen centric administration, the Chief Minister asked the officials to energize the revenue administration and be Zero tolerant towards red tape. They should become state-of-the art but also re-examine processes, systems and capacity to improve governance, he said, directing them to conduct regular field inspections to instill confidence into the lower staff.

Addressing Revenue Department officials through video conference, in the presence of Ms. Vini Mahajan, Additional Chief Secretary, Department of Housing & Urban Development and Department of Revenue & Rehabilitation, Captain Amarinder said the launch of NGDRS in two offices would pave the way for a rollout of the programme throughout the state.

Describing the initiative as a major step towards modernizing and streamlining the Revenue Administration, the Chief Minister said that besides making the process of registration very simple, citizen friendly with full proof cyber security in place, it will reduce the hardship of the citizens by reducing their physical visits to the various revenue and registration offices. The move, he said, will also eliminate the possibility of the citizens being misled on the rates and the calculation method.

Besides being an online interface for citizens to enter data related to Registration and uploading of documents 24X7, NGDRS would enable automatic calculation of Stamp Duty, Registration fees and other fees based on Collector Rates, and also reduce dependency on Deed Writers etc.

Lamenting that the process of computerization of the registration system, started during his last tenure through introduction of the PRISM software in 2002, had not been updated in the past 10 years, the Chief Minister said with the NDGRS programme, the process has got a major boost.

Since the citizens will receive SMS alerts at Data Submission, Appointment and Completion of Registration, there would be absolutely no ccope for fraud, said Captain Amarinder. Further, he said, the online appointment system will give flexibility to the citizen to choose their date of appointment for the registration. Also, the AADHAR number of the buyer and seller will be recorded in the document to prevent fraud.

Online Appointment system and real-time report generation as well as capturing of photos are other features of the system, which will facilitate scanning and uploading of final documents on portal. It also provides for linking of land records with the registration process, besides biometric authentication of Sub Registrars.

Referring to the ETS programme, the Chief Minister termed it a One Stop Solution for complicated, complex and vexed demarcation. The programme would be particularly useful in partition proceedings by enabling convenient determination of area of the fields, he said.

It will also help in tagging demarcated parcels with GIS Data and will enable the owner to see his Land Parcel Map (Naksha) online, said the Chief Minister, adding that the ETS will help reduce wasteful manual demarcation and minimize disputes between parties.

ETS demarcation will ensure enhanced accuracy, legitimacy, credibility and transparency for the entire demarcation process. The Land records being produced through this method will be very accurate, he added.