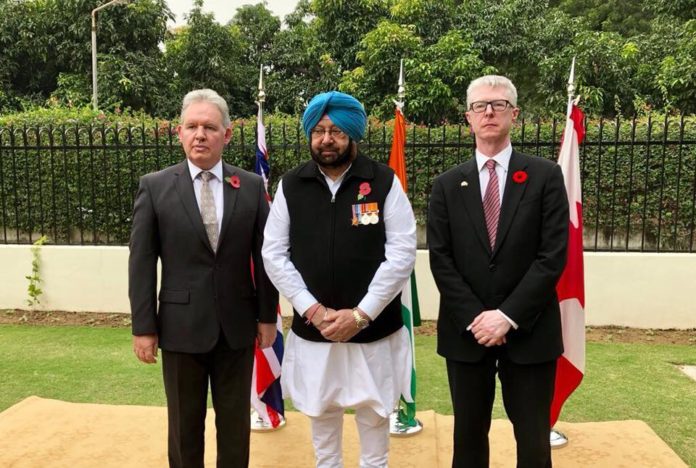 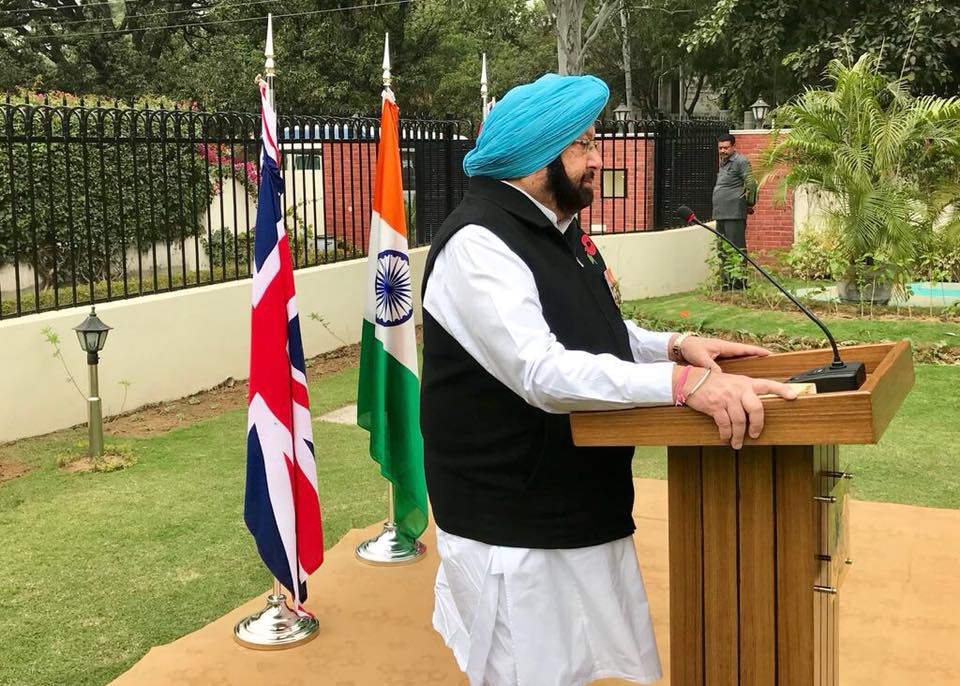 Remembrance Day is a memorial day observed in the Commonwealth of Nations member states since the end of World War I to remember the members of their armed forces who had lost their lives in the war.

Addressing a small gathering at an event here to mark the 100 years of the Remembrance Day, Captain Amarinder recalled the contribution of Indian soldiers who fought for the Allied Powers during the first World War and said their role would forever remain etched in world history. 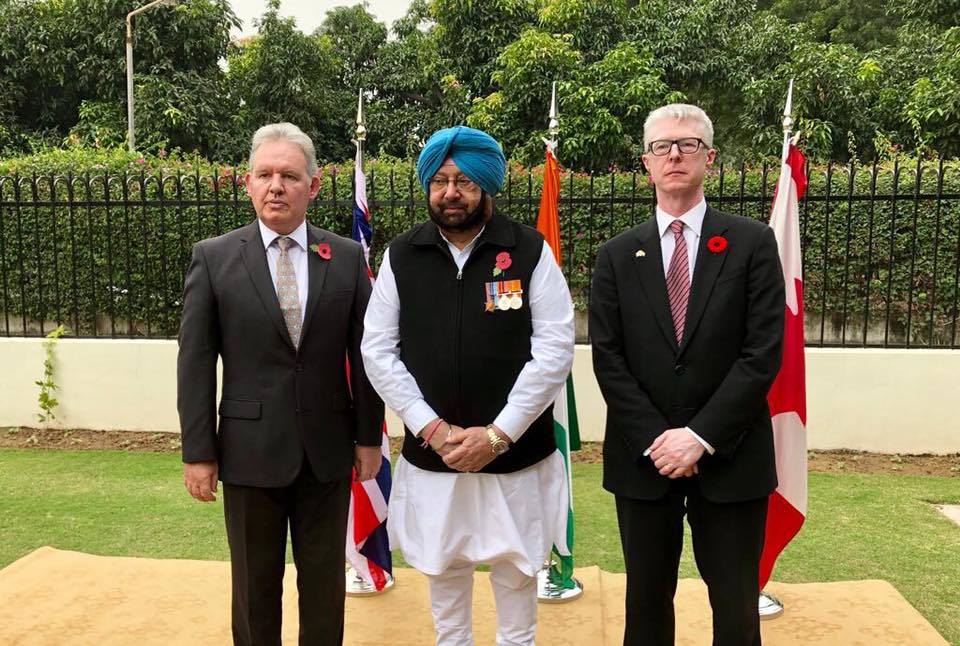 The Chief Minister went down memory lane to recall the battlefield of Yepres and other places where Indian soldiers had been laid to rest. India raised 1440037 volunteers and sent seven Exeditionary Forces to various theatres, he further pointed out, adding that the courage and valour of the Indian soldiers who fought battles that did not even belong to them can never be forgotten.

Speaking on the occasion, Gibbins said Canada, which was observing the 100th anniversary of the end of World War I, had lost 4000 of its men in the war, in which the Indian armed forces also played an important role.

The British Deputy High Commissioner Chandigarh also lauded the role of the Indian armed forces in both the world wars, alongside British, Canadian and other allied forces. Their role in securing British independence should never be forgotten, he said, expressing happiness that the Punjab Chief Minister and students from Mai Bhago Armed Forces Preparatory Institute were present to mark the occasion.

He recalled that during WWI, over one million Indian troops served overseas, of whom 74000 died and another 67000 were wounded. He lauded the role of Indian soldiers in various battles and said that to ensure that their contribution was not forgotten, the Department for Communities and Local Government was working on a new community engagement programme.

“The bravery and sacrifice of Indian soldiers was all the more notable as the conflicts in which they participated were not their wars, but ours,” he added.