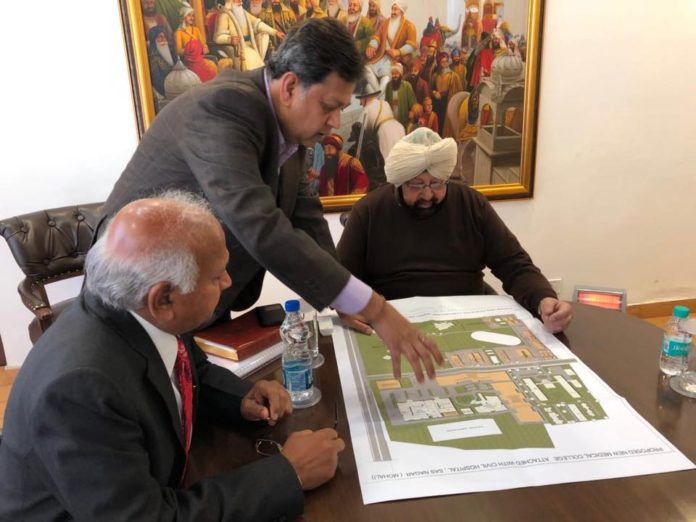 Chandigarh, February 13: Punjab Chief Minister Captain Amarinder Singh has directed the state health minister to explore with the central government the possibility of shifting the proposed medical college in Mohali to border areas, possibly Sangrur, and to plan all future heath projects in areas that lack medical facilities. 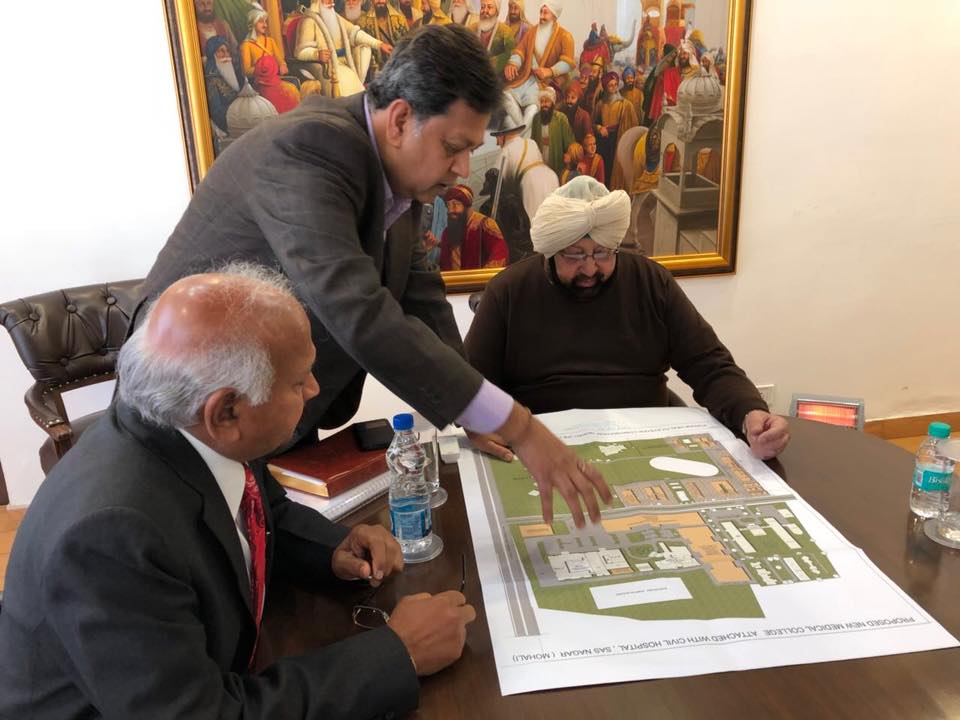 The Chief Minister said he will himself also meet Union Health Minister JP Nadda to discuss the change of the medical college site, besides writing to the Prime Minister to expedite the AIIMS Bathinda project, for which the state government has completed all the necessary formalities.

The Rs 800 crore AIIMS Bathinda project is 100% centrally sponsored while the Rs 300 crore Medical College project is on a Centre-State sharing pattern in 70:30 ratio.

The directives from the Chief Minister came here during a meeting on Tuesday to review the status of the two projects, aimed at raising the health infrastructure bar in the state.

The Chief Minister was informed that Mohali was selected for the Medical College under a scheme floated back in 2012, for which a pre-condition required that the city should have a 200-bedded hospital which the Centre could help upgrade. At that time, Mohali had one civil hospital, with 200 beds, and no private hospital or medical college, and thus met the terms and conditions of the scheme. Since then, however, other, more needy areas had also emerged to meet the conditions and could be selected for uplift of the medical facilities, the meeting discussed.

Noting that concentrating all facilities in Mohali would lead to lopsided development, since neighbouring Chandigarh already has medical colleges, the Chief Minister suggested setting up the medical college in the under-developed border areas. Finance Minister Manpreet Badal agreed that Sangrur would be an ideal place for the proposed college.

The Chief Minister asked Health Minister Brahm Mohindra to take up the matter with Union Minister JP Nadda and check if Sangrur could be selected for the medical college, and to proceed accordingly, based on the decision of the Government of India.

On the issue of AIIMS Bathinda, the Chief Minister was told that the state government had already resolved all pending issues, including shifting of water channel and exchange of land, for the hospital-cum-medical college, for which the foundation stone was laid by the Prime Minister in 2016. Punjab had provided land and had to create the necessary road infrastructure, with the rest to be handled by the central government.

The ball was, therefore, now in the court of the Government of India (GoI), which had started construction of the boundary wall and floated global tenders for architects, which were expected to be finalized soon, the Chief Minister was further informed.

The Chief Minister said he would seek the Prime Minister’s intervention with a request to direct the Union Health Ministry to speed up work on the project so that the people of Punjab get its benefit at the earliest.

During the meeting, the Chief Minister also directed the Health Department to vigorously pursue the setting of 100% central project of PGI satellite centres at Ferozepur and Sangrur. He was informed that while the Centre was keen to set the ball rolling, the PGI had certain reservations. Captain Amarinder asked the department to resolve the issues with PGI at the earliest.