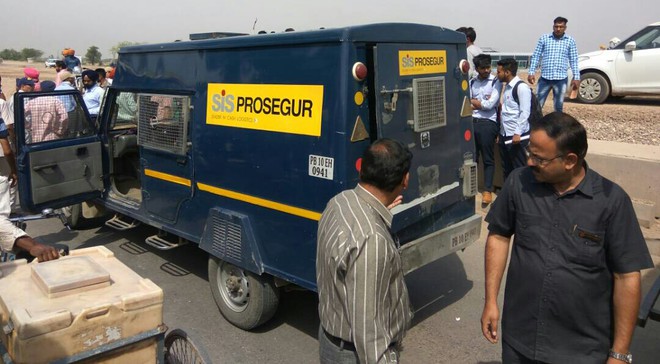 Patiala, May 10: The police on Tuesday released the facial composites of the four accused involved in the Banur robbery, in which a bank van was looted on May 2. The accused had looted Rs 1.33 crore after injuring the van driver.

DIG (Patiala range) Sukhchain Singh Gill said the composites were prepared with the help of eyewitnesses. “Since the faces of the robbers were covered below the eyes, the graphic experts could make only half sketches by employing interchangeable templates of separate facial features,” he said.

Meanwhile, notorious gangster Harjinder Singh Vicky Gounder, who had fled the high-security Nabha jail in November last year, maintained in his Facebook post that he had no hand in the two robberies that took place at Banur and Muktsar last week. He accused the police of trying to name him in both cases. He said since he was a resident of Sarawan Bodla where a bank was robbed, the police were trying to implicate him in the case.

Rohit Chaudhary, ADGP (Law and order) said police investigation was on in both cases and he could not reveal much details. He said he had no information about the Facebook post.