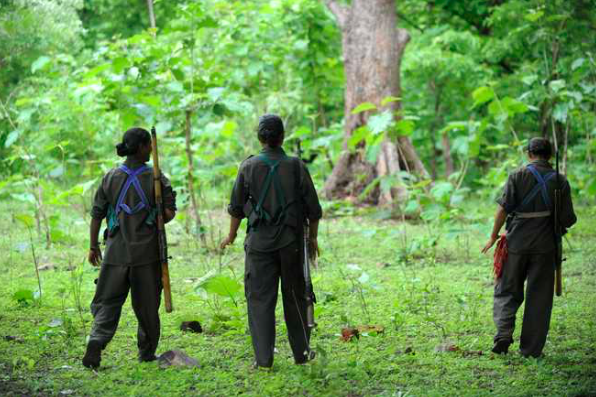 Raipur, May 9: Four Naxals, including two women, and a police official were killed in an exchange of fire in Rajnandgaon district of Chhattisgarh, police said on Saturday.

The incident took place on Friday night at Pardhauni village under Manpur police station limits, located over 150 kms from here, when a team of security forces was out on a counter-insurgency operation, Inspector General of Police (Durg range) Vivekanand Sinha said.

Acting on a tip-off about the presence of ultras in the village, security forces had launched the operation.

“When the patrolling team was cordoning off the area, Naxals suddenly came out of the village and the encounter broke out between the two sides,” he said.

“Police Sub Inspector (SI) S K Sharma, who was posted as the Station House Officer at Madanwada police station, lost his life in the gunfight,” the IG said.

Bodies of the four Naxals were recovered from the spot along with an AK47 rifle, an SLR rifle and two 315 bore rifles, he said.

Reinforcement was rushed to the spot and bodies of the martyred official and the Naxals were evacuated out of the forest, he said, adding that search operation was underway in the area.